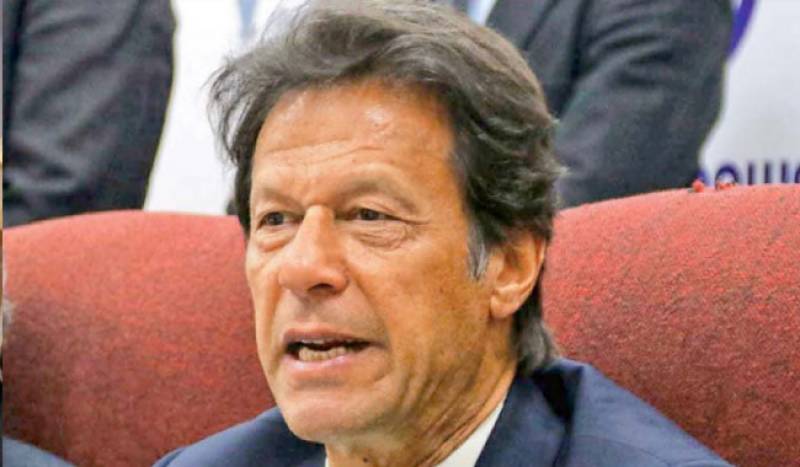 According to details, the PTI chief read out some documents while addressing a press conference, which he said prove the Sharif family has been looting the public for decades.

The PTI chief alleged, "It is all a mafia. They are all involved (in corruption)."

"Where is Ishaq Dar getting all the money from? They're all interlinked. We are facing a mafia."

He claimed, "Ishaq Dar has 11 companies in Dubai. Hussain Nawaz and Safdar are also employees of these companies."

Imran said the reason Nawaz is "raising so much hue and cry over his ouster is because he is afraid the rest of his [ill-gotten] wealth would be disclosed next."

The PTI chief assured that the entire nation stands with the courts.

"The courts should not feel any pressure from this mafia."

Imran said he had been waiting for Nawaz to start the 'campaign' that the PML-N leader had said he would. "But now we are finding out, these [two] brothers are starting the campaign in Saudi Arabia."

Imran had said in a tweet on Thursday that the Panama and iqama issues were only the tip of the iceberg.

"I have always maintained Panama & Iqama were only a tip of the corruption iceberg. Tomorrow in my press conference I will reveal more facts about the ill-gotten wealth/properties stashed abroad by the Sharifs & their corruption mafia," he had posted.