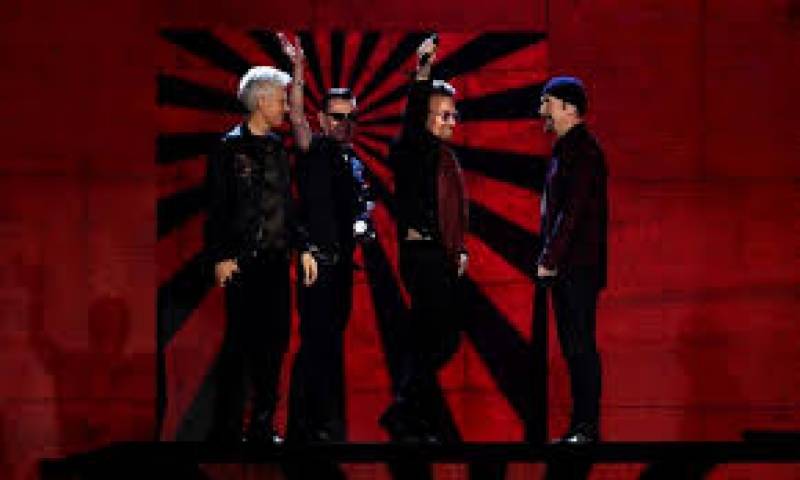 Los Angeles (Reuters): Veteran, white male rock stars raked in the most cash from world tours in 2017, according to an annual list released on Thursday, while the highest-ranked women - Celine Dion and Lady Gaga - failed to make the top 10.

Irish band U2 grossed a leading $316 million from its 30th anniversary, 50-date “Joshua Tree” tour. It was followed by hard rock band Guns N’ Roses which took in $292.5 million, according to trade publication Pollstar’s ranking of the Top 20 worldwide tours of 2017.

British band Coldplay came in third, with $238 million, on a list where Bruno Mars, 32, of Puerto Rican and Philippine descent, was the only musician of color in the top ten. Mars grossed $200 million. Ed Sheeran, 26, was the youngest singer in the top ten, pulling in $124.1 million.

At a whopping $1,500 average, Bruce Springsteen’s limited Broadway run had the highest ticket prices and grossed $87.8 million to give the “Born to Run” singer 14th place.

The touring numbers mark a strong contrast with U.S. music sales and streaming preferences, where hip hop and R&B music this year became the most consumed music genre, according to a July Nielsen Music report.

Pollstar’s ranking is based on ticket sales data and does not include revenue from merchandise which can add a sizable chunk to tour earnings.