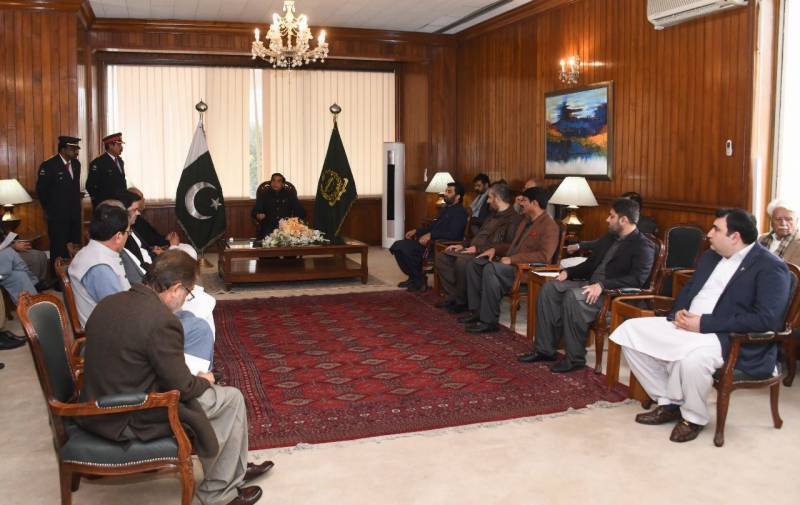 Islamabad (Staff Report/Agencies): National Assembly Speaker Raja Pervez Ashraf on Thursday informed a PTI delegation led by Asad Qaiser that the party’s lawmakers would be summoned individually for verification of their resignations.

According to an official handout released after the meeting, Ashraf said that a decision regarding the confirmation of resignations would be taken as per the Constitution and the rules of the National Assembly.

He reminded the visiting delegation that PTI members had previously been invited to confirm the resignations to no avail. Ashraf further said that a PTI MNA had also approached the courts to block the acceptance of his resignation, the handout said.

“Doors should not be closed in politics. There should be communication between politicians,” the handout quoted him as saying.

“Former PTI chief whip Malik Amir Dogar and Raja Ashraf had a telephonic conversation today where matters related to the resignations of MNAs came under discussion”, the NA spokesperson said in a tweet on Wednesday.

“The speaker told Dogar that both he and the deputy speaker were present in their offices and were waiting for PTI MNAs,” he added.

Last week, PTI leader Senator Shibli Faraz said that the lawmakers would not go to the Parliament House, and instead, the PTI would approach the Supreme Court to seek acceptance of the mass resignations as it believes that the speaker was deliberately dragging his feet on the issue.

The party’s legal team has started preparing for the case as the PTI announced that its MNAs would reach the assembly to tender their resignations again, the speaker had adjourned its session indefinitely.

The “delay tactics” being employed by the NA speaker have compelled the PTI to move the top court once more.

Earlier, the party wrote a letter to Speaker Raja Pervez Ashraf seeking time for the verification of their legislators’ resignations.

The PTI lawmakers had tendered their resignations en masse after the Imran Khan government was ousted through a no-confidence motion back in April.

The PTI has claimed resignations were accepted by former deputy speaker Qasim Suri, who was the chair after Asad Qaiser’s resignation.

However, once Raja Pervez Ashraf was elected as the speaker, he decided to verify the resignations by interviewing lawmakers individually.

Later, the resignations of PTI members were de-sealed and Raja accepted only 11 of them

PTI lawmakers to meet NA Speaker for verification of resignations