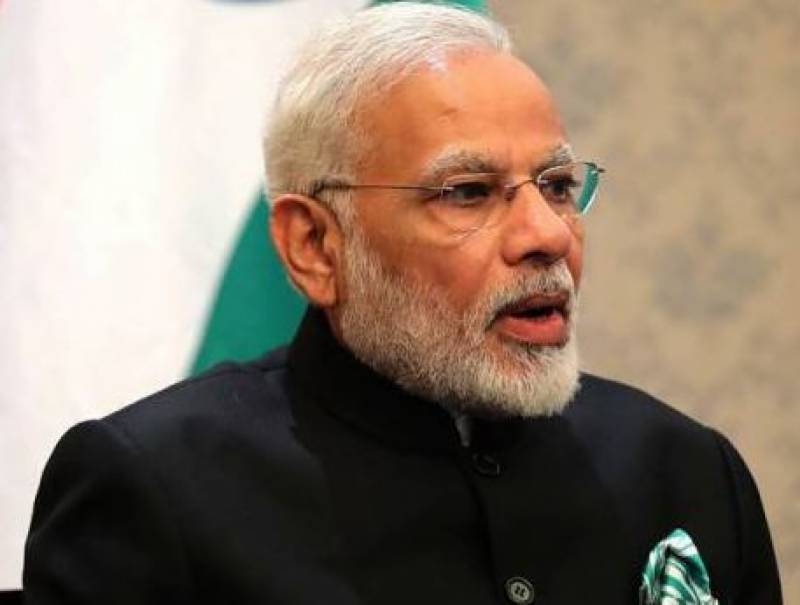 New Delhi (Web Desk): Prime Minister Narendra Modi, who is under pressure after weeks of ongoing protests against a new citizenship law, a slowing economy and the prospect of losing the latest in a string of state elections in New Delhi next month, has claimed that India is now capable of making Pakistan “bite the dust” in less than 10 days.

“Our armed forces will not take more than 7-10 days to make Pakistan bite the dust,” Modi declared in a speech to military personnel.

In February 2019, the air forces of the two countries clashed in the skies new the Line of Control (LoC) after the botched Balakot airstrike. The Pakistan Air Force (PAF) shot down two Indian fighter jets and captured Indian pilot Wing Commander Abhinandan Varthaman.

Pakistan had later released the Indian pilot as a goodwill gesture.

In August Modi’s government stripped Indian Kashmir of its partial autonomy. Pakistan termed the move as a “clear violation of the United Nations Security Council (UNSC) resolutions” in the region.

Prime Minister Imran Khan on several occasions has informed the world that Pakistan does not want a war with India, but at the same time, Pakistan cannot remain oblivious to the challenges posed to its security and integrity.