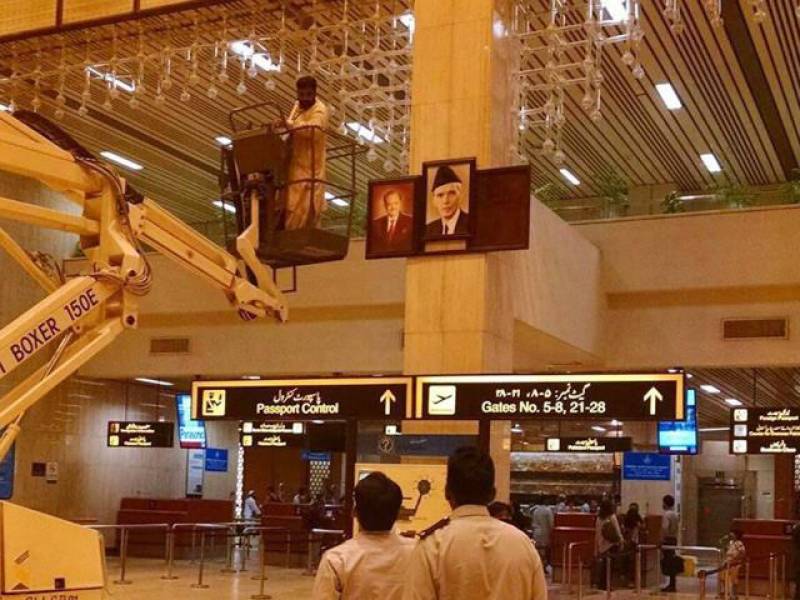 According to details, the portrait of Nawaz Sharif, which were hung alongside Quaid-e-Azam and President Mamnoon Hussain, being taken off by the airport authorities. The Supreme Court of Pakistan (SC), in its verdict of Panamagate Case, sacked Nawaz Sharif as the Member of National Assembly.

The federal cabinet was automatically dissolved following his disqualification as it cannot function without the prime minister.

Mr. Sharif also lost the ownership of his own party under the Political Parties Act 2002 which states that a disqualified individual cannot hold a party office.