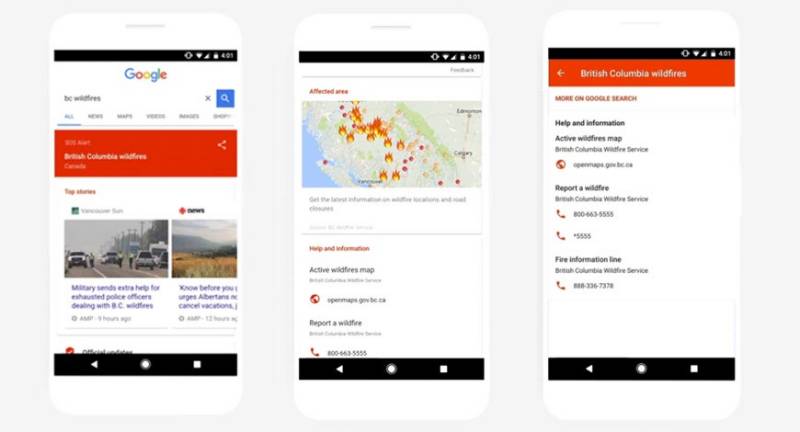 California, United States (Web Desk): Google has announced to launch a new “SOS Alerts” feature for both Search and Maps for providing up to date information to users when a natural disaster or other crisis hits.

According to Google, the new feature will show the search results at the top and in Maps when a user looks for information about an incident or an affected area.

This new feature is coming to Search on the desktop, mobile web and the Google apps for Android and iOS, as well as Google Maps for mobile. It will also only be created and curated by Google staff, and will not use automation.

Within Search, Google will show an overview of the situation, which will include maps, relevant news stories, emergency phone numbers (if available), websites and other relevant information. Google will also help those near a disaster by sending them notifications that direct them to all of this information.

In Maps section, Google will also pop up this information when relevant. Like in search results, Maps will show information about the event as well as relevant phone numbers and sites. In addition, users will also have access to real-time updates about road closures and transit changes.

The release of SOS Alerts sees the feature join Google’s existing suite of services for responding to crises, these include Google Person Finder, Google Crisis Map and Google Public Alerts.