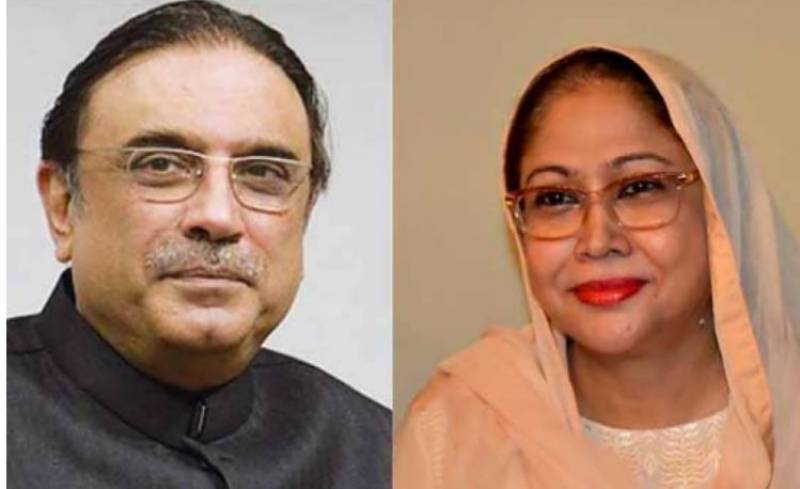 Accountability judge Muhammad Bashir presided over the hearing of the case.

Zardari's counsel Farooq H Naek requested the court it would be better if the two are presented in the court the same day.

The court ordered the NAB to present both the accused before the court on August 8.

On July 15, an accountability court in Islamabad extended the physical remand of Zardari for 14 days in the Park Lane case that ended today.

The NAB arrested Zardari in the Park Lane case on July 1 while he was already in custody with the bureau’s Rawalpindi directorate in connection with the fake accounts case. In the Park Lane case, the court directed the NAB to produce him on July 29.

According to the anti-corruption watchdog sources, Asif Zardari allegedly purchased 2,460 kanal land in Islamabad through the park lane company. The property which was purchased in Rs620 million is worth Rs2 billion, they claimed.