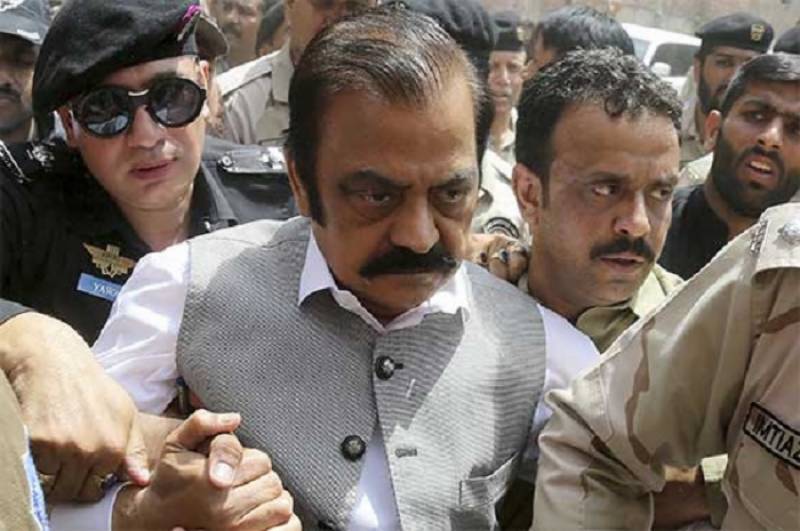 The PML-N leader was presented before the special Control of Narcotic Substances (CNS) Court on Monday.

As the hearing resumed, Rana Sanaullah’s counsel argued that his client has been involved in the case due to political basis and opposition politicians were being arrested for political victimization.

He further argued with the court to allow the home-cooked food to the PML-N leader in the jail as his client has been suffering from a heart ailment and went through an open heart surgery.

To this, the judge stated that the ruling [in the case] would be given according to the Constitution, and [regarding the matter of home-cooked food], the court asked the advocate to file a detailed application that would be considered after a response from the Anti-Narcotics Force (ANF).

The ANF Lahore team submitted a 60-page challan in the court, accusing six suspects including Sanaullah, and its details have been sought in the next hearing.

ANF arrested Rana Sanaullah from Motorway near Sukheki on July 1. He is accused of having ties with drug traffickers. ANF officials claimed that they had recovered drugs from Sanaullah’s vehicle.