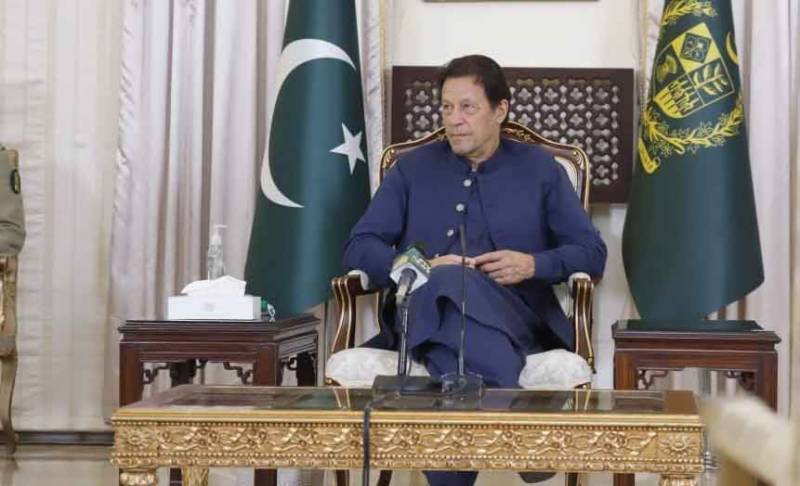 Islamabad (Web Desk): Prime Minister Imran Khan has said that peace in Afghanistan is more vital for Pakistan than any other country in the world.

Interacting with the Afghan media representatives in Islamabad on Thursday, the premier said that Pakistan tried its level best for a political solution in Afghanistan.

He stressed that an inclusive government is the only solution for peace and stability in Afghanistan.

PM Imran regretted the accusatory statements that recently emanated from Afghanistan against Pakistan.

He said no country has tried as hard as Pakistan to bring the Taliban to the table of negotiations.

“If there is a civil war in Afghanistan, it will almost spill over to Pakistan's tribal areas” the premier said, adding that this is the last thing we want as Pakistan has already lost 70,000 people in the war on terrorism.

He said there are already 3 million Afghan refugees in Pakistan and given our economic conditions, we cannot afford to have another influx of refugees.

Imran Khan made it clear that Pakistan has no favourites in Afghanistan and not following the policy of strategic depth any more.

To a question, the prime minister said we have built a fence along the border with Afghanistan at a huge cost to stop outflow and inflow into Pakistan and 90% work has been completed on it.

“Taliban are doing has nothing to do with us,” Imran Khan said, adding that Pakistan is not responsible for their actions.”

When asked about the future relationship with Afghanistan, the prime minister expressed the confidence that once the situation calms down there, we will have the best of relationship.

“This relationship will get stronger with each passing year, he said, adding that both countries need each other and it will be a mutually beneficial relationship.

He said that Pakistan signed an agreement with Uzbekistan for a railway project through Afghanistan.

Responding to a question, the prime minister said India took away the statehood of illegally occupied Jammu and Kashmir through illegal steps of August 5, 2019.

He said there are UN resolutions which accept the right to self-determination of the Kashmiri people.

"We will not sit with India until it restores the statehood of the disputed territory," PM Imran said, adding that Pakistan has always desired peace with India, but it was India that did not want peace because it is under the influence of the RSS ideology.