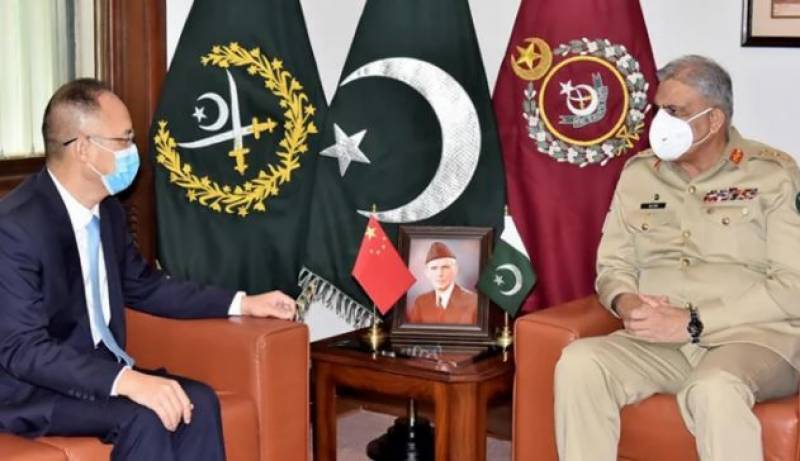 According to a statement issued by the Inter-Services Public Relations (ISPR), matters of mutual interests, defence collaboration, progress on China-Pakistan Economic Corridor (CPEC), and regional security were discussed in detail in the meeting.

The COAS told the envoy that Pakistan values China's role in global and regional affairs and it looks forward to enhancing the strategic partnership.

The army chief reiterated that Pakistan remains committed to cooperating with its international partners for peace and stability in the region.

The visiting dignitary assured to play his role for further improvement in diplomatic cooperation with Pakistan at all levels.