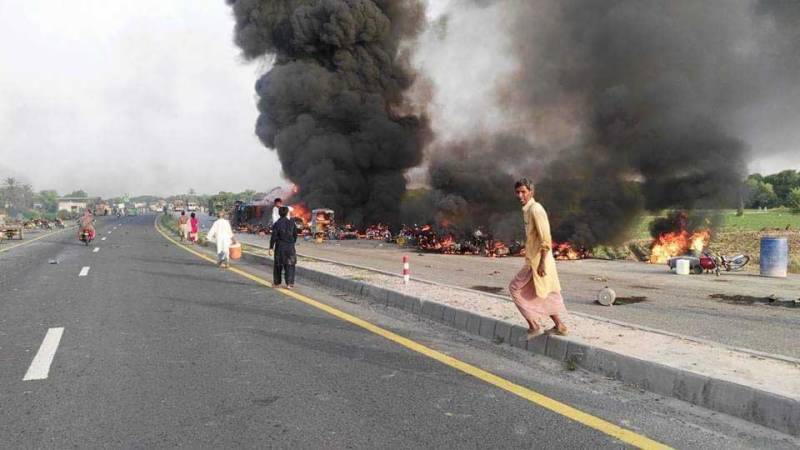 Bahawalpur/Lahore (Staff Report): The death toll of the Ahmadpur Sharqia tragedy rose to 179 as 12 more victims succumbed to injuries on Thursday.

Over 100 people had suffered burn injuries in the incident. They had been shifted to the THQ Hospital in Ahmedpur Sharqia, Nishat Hospital in Multan, Victoria Hospital in Bahawalpur and Jinnah Hospital in Lahore.

The latest deaths were reported by Jinnah Hospital Lahore, where four succumbed to burn injuries. Out of the 17 people still admitted there, 10 are said to be in critical condition, with five patients sustaining more than 90 per cent burns to their bodies.

Earlier on Sunday, hundreds of residents of a nearby village gathered to collect the leaking fuel from an overturned oil tanker when massive fire erupted and engulfed the tanker. The people were charred to death on the spot.