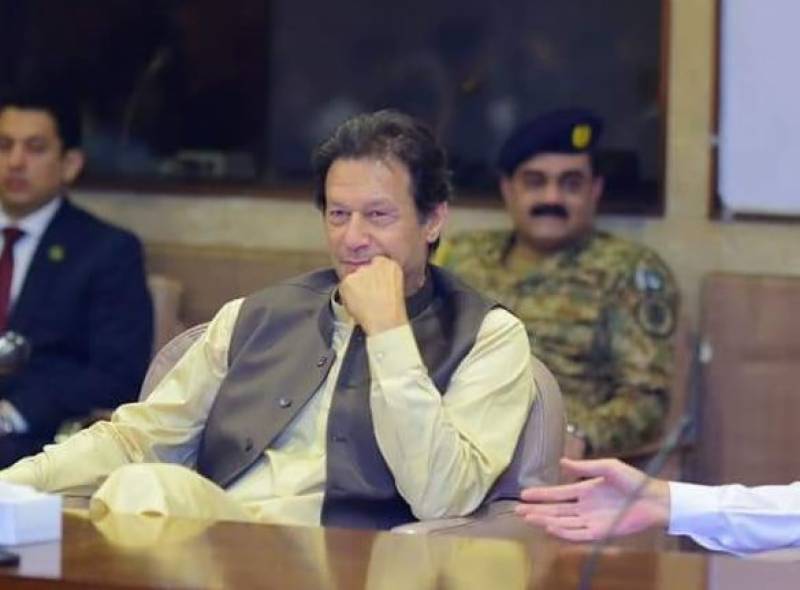 Islamabad (Web Desk): Prime Minister Imran Khan on Saturday said that money laundering is one of the main reasons behind economic crisis in the country.

Speaking on the floor of the National Assembly after the passage of the federal budget and the Finance Bill 2019-20, the prime minister said that the ruling elite of the past is responsible for the current devaluation as they laundered the money abroad. He said that Pakistanis had $10 billion stashed outside of the country.

The PM said he wondered wondered how the looter of the public money can be allowed to speak on the floor of the house.

Khan also reminded the PPP about revelations made by former US Secretary of State Condoleeza Rice in her book about the role played by the US in the NRO between Musharraf and the PPP.

The prime minister appreciated the quality speeches made by his party members in the house on the budget.

He especially praised the speech by Minister Murad Saeed on the floor as well as the work of Minister of State for Revenue Hammad Azhar, saying that he deserves being promoted to federal minister.

He also thanked the allied parties for standing with the Pakistan Tehreek-e-Insaf (PTI) in the passage of the budget.

The prime minister lauded his economic teams for taking the steps that brought down the current account deficit by 30 percent.

“We will also crack down on the money laundering and the loopholes in the relevant laws will be plugged”, the PM asserted.

PM Imran said that the remittances have also witnessed an upsurge and we are also striving to bring more foreign direct investment in the country.

For this purpose, we are taking steps to ensure ease of doing business in the country, he added.

Prime Minister Imran Khan said we will expand the industrial base in the country to create job opportunities and enhance our exports. He said it is the first time after 1960 that a government has taken steps to uplift the industry.

“We have given incentives to the industrial sector and they will be given more incentives in future as well”, he said.

The PM said that a detailed package will be announced next week for the uplift of agriculture sector.

He said Pakistan has signed an agreement with China for cooperation in the agriculture sector.

“Under this agreement China will cooperate with us in seeds production and technology transfer which will help bolster our agriculture production’, the PM said.

Regarding the government housing project, the Prime Minister said that different schemes will be launched in the next week which will create job opportunities which will support about forty industries associated with the construction sector.

He said we have also cut our imports and import of exotic food items will be discouraged.

The PM assured that in these difficult times our effort will be to protect the poor and vulnerable segments of the society and put the burden only on affluent class.

Referring to the steps mentioned in the federal budget 2019-20, he said allocations for Ehsas Programme has have been enhanced from Rs100 billion to around Rs190 billion.

The PM said that special emphasis has been given in the budget for the development of neglected areas including Balochistan and tribal districts.

Prime Minister Imran Khan also appreciated the armed forces for freezing their budget. He said this amount will be used for development of tribal district.

“It is the first time that Cabinet members have reduced their salaries by 10 percent while expenditures of PM secretariat have also been cut substantially”, the PM said.

Prime Minister Imran Khan said a separate package of Rs45 billion has been allocated to the development of Karachi.

He said that the urban areas of the country will not improve as long as the local government system does not work properly.