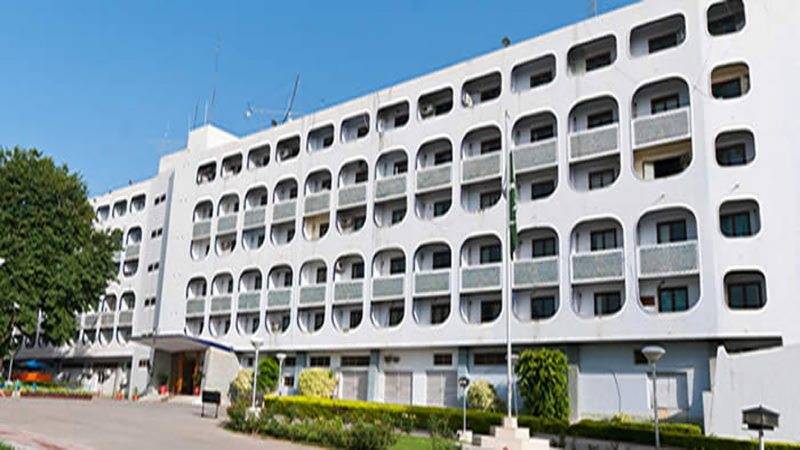 In a press release issued by the ministry of foreign Affairs, the report's segment on Pakistan is a compendium of unsubstantiated and biased assertions.

The ministry said we do not support such national reports making observations on the internal affairs of sovereign States.

It said Pakistan has always played a positive role and engaged the international community including the United States with a view to have better and mutual understanding of the issue of religious freedoms, which are under stress around the world.

The ministry said Pakistan is of the view that all countries are obliged to promote religious harmony and have a duty to protect their citizens in accordance with national laws and international norms.

“A glaring discriminatory aspect of the report is that it has ignored the systematic persecution of minorities, particularly Muslims, in India, which are subjected to alien domination and foreign occupation such as in the occupied Jammu and Kashmir,” it added.

The statement said Pakistan has often raised its own concerns internationally including with the Western governments and the US over the growing trend of Islamophobia in their own countries.