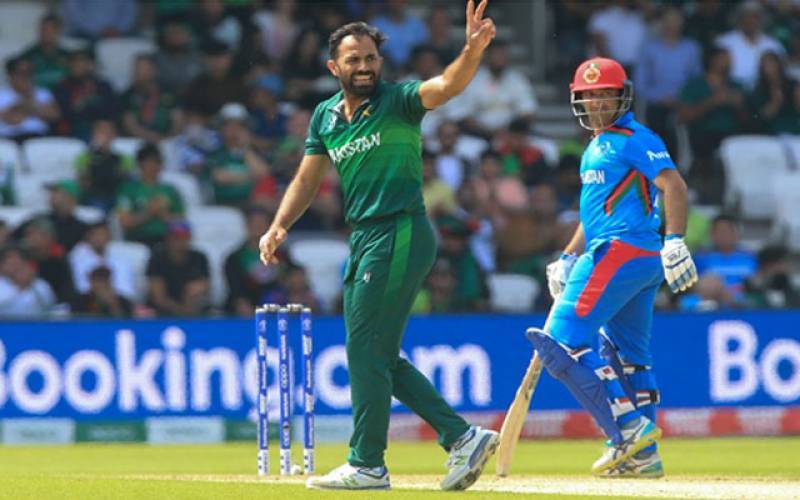 Leeds (Agencies): Afghanistan set Pakistan a target of 228 runs for the loss of nine wicket in 50 overs in the World Cup 2019 match at Headingley, Leeds on Saturday.

Shaheen has his fourth of the day!

He becomes the first teenager to take a four-wicket haul in a Men's World Cup.#CWC19 | #PAKvAFG pic.twitter.com/6OBEAL1FVy

Afghanistan have made one change to the side with Hamid Hassan coming back in the side, in place of Dawlat Zadran, while Pakistan is fielding an unchanged side.

With seven points from 7 matches, Pakistan needs to win today’s match in order to stay for the semi-final spot in the World Cup.

On the other hand, Afghanistan gave the tough time to Sri Lanka, India and Bangladesh.