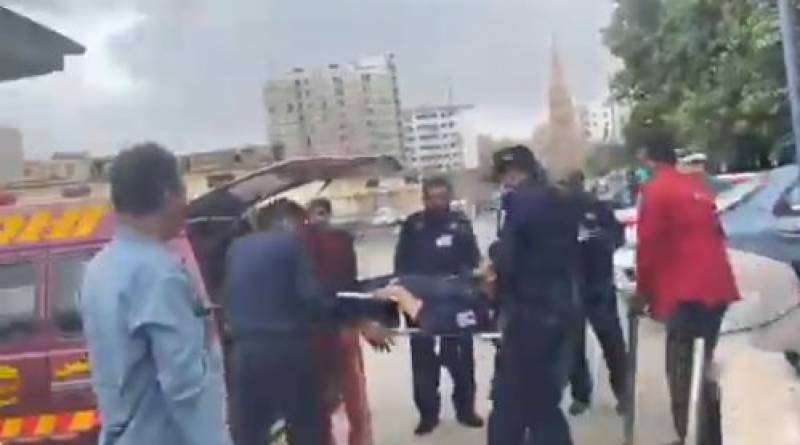 Karachi (Staff Report/Agencies): All four terrorists who attempted to storm the Pakistan Stock Exchange compound in Karachi on Monday were killed.

Four security guards and a police sub-inspector also martyred in the attack.

According to the initial reports, the terrorists launched a grenade attack at the main gate of the building and attempted to storm the building after opening indiscriminate fire.

Police and Rangers' officials arrived at the scene soon after the attack and killed all four attackers, said Sindh Rangers.

Sindh police chief said the attackers were reportedly wearing clothes usually worn by police officials while they are off-duty.

Sindh Governor Imran Ismail condemned the incident, saying: "We shall protect Sindh at all costs."

Sindh Chief Minister Murad Ali Shah condemned the incident, saying that the attack was "akin to an attack on national security and economy".

"Anti-state elements want to take advantage of the virus situation," he said in the statement.

He lauded the "prompt action" by police and Rangers and directed all law enforcement agencies to be more vigilant.

This is a developing story and being updated accordingly