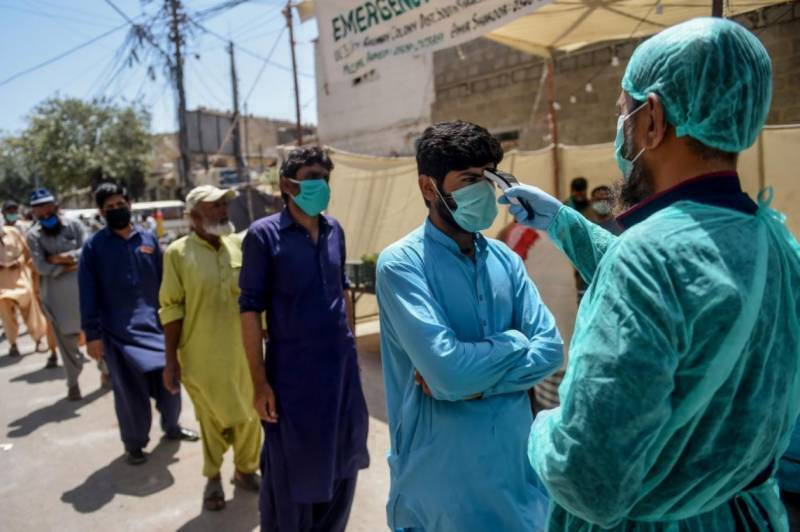 Lahore/Quetta/Karachi/Peshawar (Staff Report/Agencies): The number of confirmed COVID-19 cases in Pakistan rose to 956,392 on Tuesday after 735 new coronavirus cases surfaced in the country during the last 24 hours.

As per National Command and Operation (NCOC) data, 41,133 tests were conducted while positivity ratio remained 1.78%.

According to the government's COVID-19 portal, the death toll related to coronavirus has reached to 22,254 with 23 fatalities reported during the last 24 hours.

Over the last twenty four hours, total number of recovered COVID-19 patients across the country reached 901,985 after another 784 virus recoveries were reported.

Meanwhile, the NCOC decided to further reduce restrictions imposed for limiting disease spread during the third wave of the Covid-19 pandemic.

The Forum decided to allow business centers to remain open till 10pm whereas essential businesses including petrol pumps, medical stores etc. would be allowed to open 24/7.

The revised guidelines would come into force from June 1.

It was announced that outdoor dining along with indoor dining with 50% sitting capacity would be allowed.

The NCOC also decided to allow opening up of cinemas and shrines with strict Covid-19 standard operating procedures (SOPs) and safety protocols.

All public and private departments were allowed to call 100% staff on duty with routine working hours schedule.

The Forum also decided to allow public transport and railways with 70% passenger capacity.

It is pertinent to mention that the global coronavirus cases have reportedly surpassed 181.872 million and death toll tops 3.939 million.