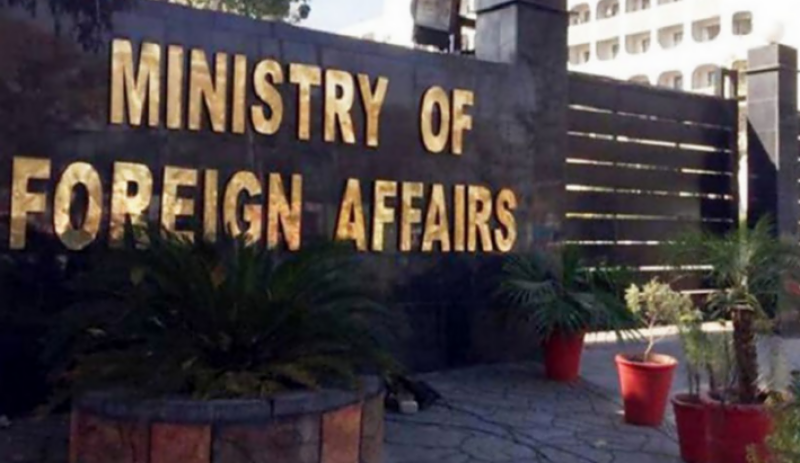 Islamabad (Web Desk): Pakistan on Wednesday categorically rejected reports appearing in a segment of Indian media regarding investigations into a murder case in Udaipur area of Rajasthan in India.

In a statement, the Foreign Office (FO) said such insinuations are an attempt typical of the BJP-RSS 'Hindutva' driven Indian regime to malign Pakistan by externalising India's internal issues through pointing fingers towards Pakistan.

"Such malicious attempts will not succeed in misleading the people, either in India or abroad," the FO said.

Hundreds of police were deployed in the Indian city of Udaipur after the murder of a Hindu tailor allegedly by two Muslims in revenge for inflammatory comments about Islam by a ruling party member.

The attack, in which the men seemingly tried to behead their victim, was captured on video that went viral and has gripped a country with a long history of communal violence.

They then justified their murder as a response to Lal's alleged support of derogatory comments about Prophet Mohammed (Peace Be Upon Him) by a spokeswoman for Modi's Hindu nationalist BJP party, Nupur Sharma.

The remarks by Nupur Sharma at a TV debate in late May sparked protests that turned violent in some parts of India and demonstrations across the Islamic world.