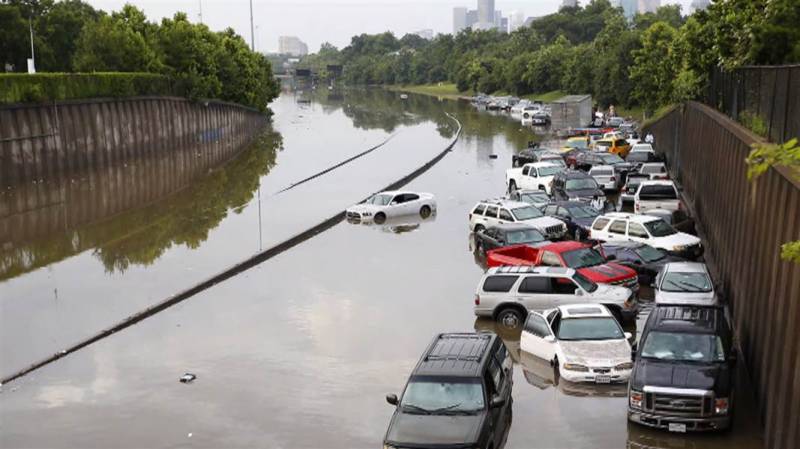 Texas (Agencies): At least four people were killed and nearly 200,000 customers were without electric power on Wednesday morning after overnight storms pounded Texas and Oklahoma, bringing tornadoes, torrential rain and hail to large parts of the states.

Three of those killed were storm chasers trying to track tornadoes in the Texas Panhandle region. They died after their cars slammed into each other near Spur on Tuesday night, police said. In Oklahoma, a truck driver was killed near El Reno in a roll-over crash likely caused by high winds, police said.

There were 15 reports of tornadoes from the storms in Texas, with most of the twisters in the Panhandle and western parts of the state, the National Weather Service said. Hail, some as large as baseballs, pounded Texas, Oklahoma and Kansas overnight causing damage to cars. The storm system weakened on Wednesday and was forecast to hit the Houston area.

The system took a heavy toll on utilities in North Texas, where provider Oncor said about 150,000 of its customers in the Dallas-Fort Worth area were without power on Wednesday morning. There were also tens of thousands of other customers in Texas and Oklahoma without power, various utilities reported.

The storms did not cause any major delays in flights through Dallas and Houston, two of the nation's busiest air hubs, tracking service FlightAware.com reported.

But it did cause a number of school closures in North Texas where schools were without electricity. Elementary schools in Dallas and Tarrant County, home to Fort Worth, were closed. This caused delays for students taking an annual achievement test in the state known as STAAR, or the State of Texas Assessments of Academic Readiness.