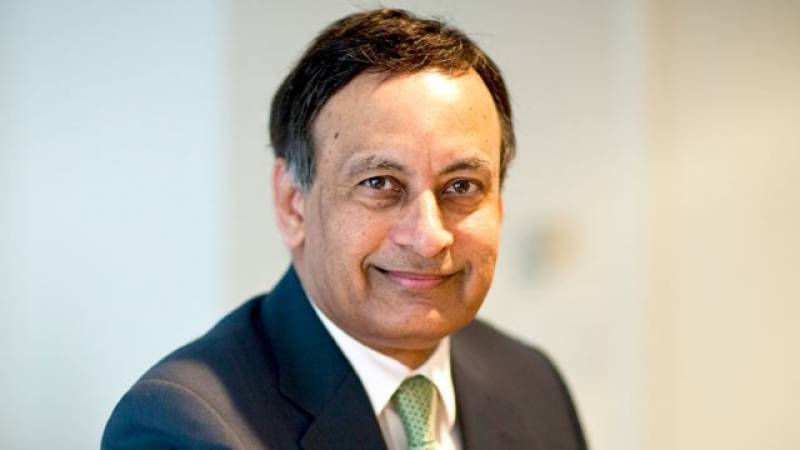 “Views of Hussain Haqqani published in a mainstream US newspaper, especially his account on issue of visas vindicate stance of Pakistan state institutions,” the Inter-Services Public Relations (ISPR) chief tweeted.

Views of Hussain Haqqani pub in a mainstream US newspaper esp his account on issue of visas vindicate stance of Pak's state institutions.1/2

“The veracity of concerns about his role in the entire issue also stands confirmed.”

The veracity of concerns about his role in the entire issue also stands confirmed.

Earlier, Hussain Haqqani had admitted that he helped the United States to station a large number of CIA operatives in Pakistan with the authorization of the then civilian government without Pak Army’s knowledge.

In November 2011, I was forced to resign as ambassador after Pakistan’s military-intelligence apparatus gained the upper hand in the country’s perennial power struggle. Among the security establishment’s grievances against me was the charge that I had facilitated the presence of large numbers of CIA operatives who helped track down bin Laden without the knowledge of Pakistan’s army — even though I had acted under the authorization of Pakistan’s elected civilian leaders, Haqqani disclosed in his article published in The Washington Post.

I became Pakistan’s ambassador in May 2008, soon after the country’s return to civilian rule after nine years of military dictatorship under Gen. Pervez Musharraf. The George W. Bush administration had forged an alliance with Musharraf in the aftermath of the 9/11 terrorist attacks, hoping that economic incentives and offers of military hardware would turn Pakistan away from its long-standing policy of supporting Islamist militants, including the Afghan Taliban, as instruments of regional influence.

By 2007, Bush had realized that Musharraf either “would not or could not” fulfill his promises in fighting terrorism, as he wrote later, and the president welcomed Pakistan’s return to democracy. The civilian leaders who appointed me as ambassador — President Asif Ali Zardari and Prime Minister Yousuf Raza Gilani — looked forward to U.S. backing in reversing Musharraf’s policies at home and abroad. They said they wanted to end Pakistan’s support for the Taliban, improve relations with India and Afghanistan, and limit the role of Pakistan’s military intelligence service in defining the country’s foreign policy. In return, they sought generous US aid to improve the ailing Pakistani economy.

I had an advantage most ambassadors did not: I’d lived most of the Musharraf years in exile in Washington and had established close ties with members of Congress and others influential in policymaking. But I began my job in the middle of the 2008 election campaign, and I knew that the Bush administration’s policies might not continue under a new president. Within weeks of presenting my credentials to Bush that June, I was communicating with campaign officials in both parties, and soon had meetings with aides to both Sen. John McCain and Sen. Barack Obama.

The State Department facilitated the participation of Washington-based ambassadors in the Democratic and Republican national conventions that year. In Denver and in Minneapolis-St. Paul, we were briefed by officials from both campaigns. More active and better-connected ambassadors, including myself, were able to meet personally with people we expected to have major roles in the conduct of foreign policy after the election. There was nothing unusual, let alone treasonable, in this.

As a presidential candidate, Obama argued that US success in Afghanistan was more important than the war in Iraq, which he had opposed. In a major speech that summer, he pledged to make “the fight against al-Qaeda and the Taliban the top priority.” He also had a particular message for my country: He said terrorists and insurgents in Pakistan’s tribal areas were waging war against the Afghan government. “We must make it clear that if Pakistan cannot or will not act, we will take out high-level terrorist targets like bin Laden if we have them in our sights.”