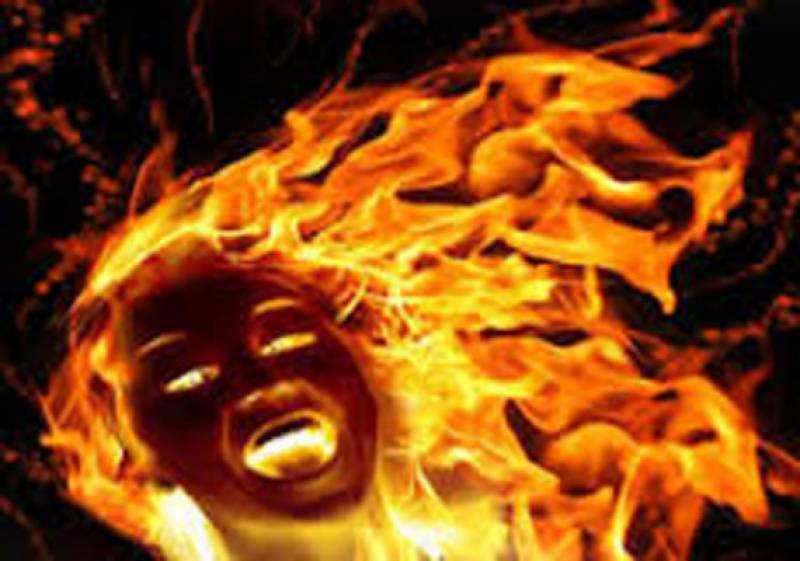 Gujranwala (Staff Report): A woman received severe burn injuries after she was allegedly set ablaze by her husband's mother and sister today (Wednesday).

The victim's mother-in-law and sister-in-law doused her with petrol before setting her ablaze over a domestic dispute.

Doctors said that fifty percent of her body was burnt.

According to Saddar police, the woman who was a resident of Bassivila got married in 2015. The household had frequent domestic disputes.

Police said that a case has been registered against the women suspected of being involved in the incident.

In-laws ablaze woman for not having children