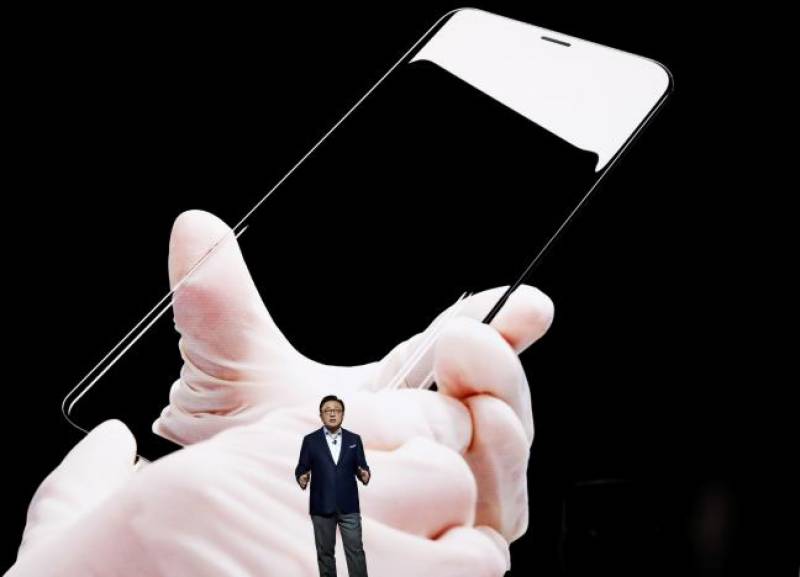 New York (Reuters): Samsung Electronics Co Ltd unveiled its Galaxy S8 flagship smartphone as it battles to regain the market leadership it lost to Apple Inc after the embarrassing withdrawal of the fire-prone Note 7s.

Boasting some of the largest wrap-around screens ever made, the long-awaited S8 is the South Korean tech giant's first new premium phone since the Note 7 debacle in October, which wiped out $5.48 billion of profit and helped Apple overtake Samsung as the world's top smartphone maker in the fourth quarter.

Two versions of the Galaxy S8, code-named Dream internally, were launched at a media event in New York on Wednesday, with 6.2-inch (15.75 cm) and 5.8-inch curved screens - the largest to date for Samsung's premium smartphones.

The phones, which will go on sale on April 21, are slightly longer but comparable in width to their predecessors as Samsung has eliminated nearly all of the bezel borders around the face to maximize the screen surface area. The S8 features Samsung's new artificial intelligence service, Bixby, with functions including a voice-commanded assistant system similar to Apple's Siri. There is also a new facial recognition application that lets users unlock their phones by looking at them.

Samsung is hoping the design update and the new features - nothing revolutionary but focused on making life easier for consumers - will be enough to revive sales in a year Apple is expected to introduce major changes to its iPhones for their 10th anniversary, including the very curved screens that have become staples of the Galaxy brand.

The S8 is also crucial for Samsung's image as a maker of reliable mobile devices. The self-combusting Galaxy Note 7s had to be scrapped in October just two months after their launch and a failed attempt to recall the Note 7s in September was particularly damaging, investors and analysts say, leading to questions about the firm's credibility.

Samsung responded by implementing new battery safety measures after an internal investigation identified battery problems from two different suppliers as the cause of the Note 7's problems.

Still, some analysts say consumers may be wary of potential safety problems with the S8.

"Initial sales of the S8 may appear slow compared to what was typical for previous model releases," said Lux Research analyst Christopher Robinson. "In other words, smaller initial sales spike."

Samsung's early marketing of the S8 has eschewed the safety issue, which brand experts say is an attempt to avoid reminding consumers of the images of burnt Note 7s that spread throughout the world's media late last year.