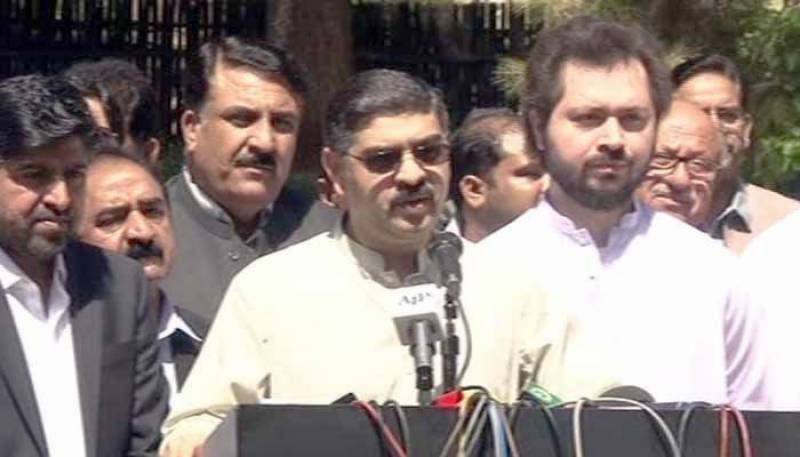 Quetta (Staff Report): Independent senators and disgruntled leaders of ruling party PML-N and PML-Q has launched a new Balochistan-based political party with an aim to protect rights of the province.

The announcement for the new party was made during a press conference, while Chief Minister Mir Abdul Quddus Bizenjo, lawmakers of the provincial assembly, Balochistan’s independent senators were present on the occasion.

Senator Anwarul Haq Kakar has been appointed as central spokesman for the party while Shoaib Nosherwani will be Balochistan spokesman until party elections are held.

The new party has been launched at a time when general elections in the country are set to be held in coming months.

Addressing the media, former senator Saeed Ahmad Hashmi said that a ten-member committee will be formed to hold an intra-party election.