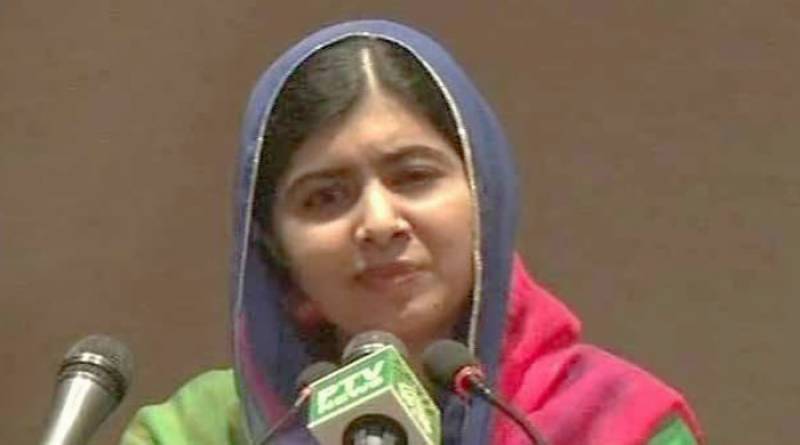 Islamabad (Staff Report): Pakistan’s Nobel laureate Malala Yousafzai broke into tears on Thursday as he expressed her views upon return to the country after a span of about six years.

"Today I am very happy that, after five-and-a-half years, I have set foot on the soil of my nation again," she began. Switching to Pashto, she said: "Today is the happiest day of my life, because I have returned to my country, I have stepped foot on my nation's soil again and am among my own people."

“I am just 20-year-old, even then I had endured so much in life, if it were up to me, I would never have left this place,” Malala continued to a thunderous applause from the audience.

The young Nobel laureate declared that the unity among our ranks was the need of the hour.

“All political forces should unite. There should be no politics when it comes to education, health and economy,” said Malala.

Malala, who was shot by the terrorists in 2012, arrived in Islamabad from Dubai via flight no. EK-614 in the wee hours of Thursday.

During her four days visit she is scheduled to meet with relatives, some leaders and officials of Pakistan.