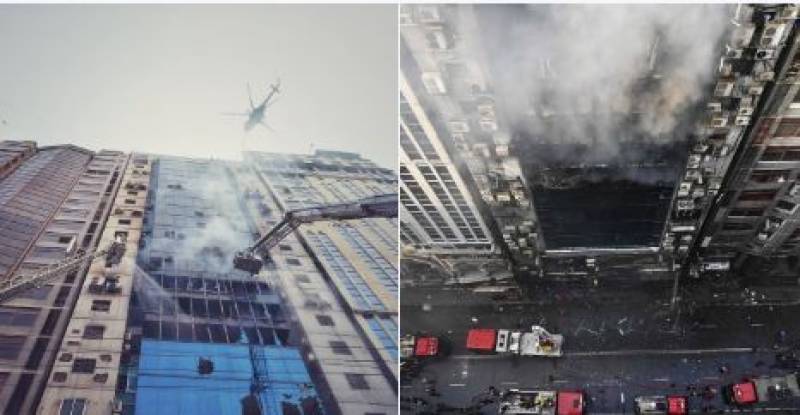 Dhaka (Web Desk): The death toll from a horrific blaze that ripped through a Bangladesh skyscraper rose on Friday to 25.

A day after flames tore through the 22-storey FR Tower in Dhaka, trapping hundreds of office workers, police said they intended to talk to the owner of the building as part of their enquiry.

Trying to be alive

Some of those stuck inside made it to safety by sliding down cables on the side of the building, but as shocked onlookers watched, others took their chances and jumped in a bid to escape the smoke and heat.

At least six people including a Sri Lankan national died in this way, officials said.

They said that rescuers were scouring the building, concentrating on the worst-affected eighth-to-tenth floors.

The fire department initially put the death toll at 19 but police said Friday that six more had died in the fire.

"The death toll is 25. We have handed over 24 bodies to their relatives," deputy commissioner of Dhaka Metropolitan Police said.