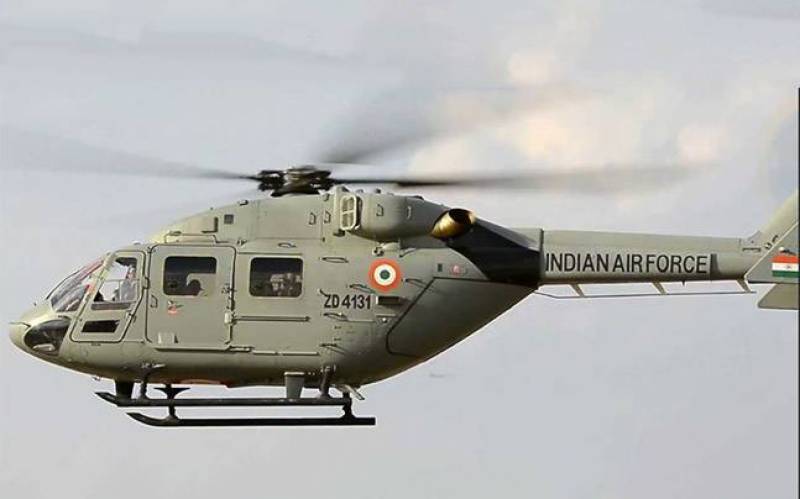 At least seven people, including six security forces personnel were killed when as Indian helicopter Mi-17 V5 crashed in Indian occupied Kashmir near Srinagar on February 27.

The Mi-17 V5 helicopter lifted off from Srinagar airfield at 10:00 am local time for a routine mission. The helicopter crashed around 10:10 am near Jammu and Kashmir’s Budgam district. All six Indian Air force (IAF) personnel on board were killed in the crash, a leading Indian daily reported citing the initial report.

The investigation’s focus is to determine “if multiple layers of safeguards meant to protect assets from friendly fire failed and how systems need to be improved to prevent any such incident in future”, it reported.

The incident came as on the same day Pakistan Air Force (PAF) shot down two Indian aircraft inside Pakistani airspace and arrested an Indian pilot on ground.

Pakistani military spokesperson Major General Asif Ghafoor said Indian Air Force (IAF) crossed the Line of Control (LoC) and two of their aircraft were shot down by PAF inside Pakistani airspace. "One of the aircraft fell inside AJK while other fell inside IoK," he added.