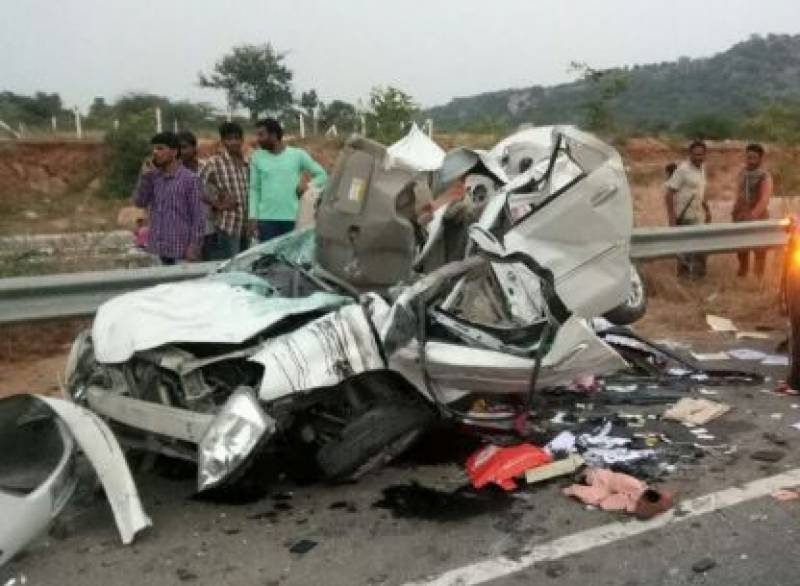 Muzaffargarh (Staff Report): At least three people were killed and more than twenty others were injured in a traffic accident on Friday morning at Jhang Road.

As per details, a passenger bus enroute to Faisalabad from Sakhi Sarwar (Dera Ghazi Khan) lost control and hit a truck parked on the side, killing at least 3 people and wounding 20 others.

All the injured persons have been shifted to the District Headquarters (DHQ) Hospital.

The passenger bus was going from Sakhi Sarwar to Faisalabad.