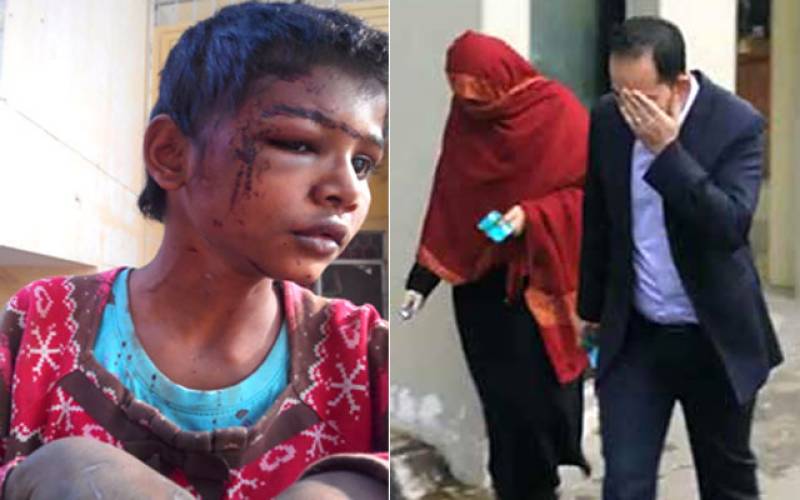 Justice Mohsin Akhtar Kayani, who was hearing the case, told the court that he had completed the departmental enquiry against former additional district and sessions judge Raja Khurram, who along with his wife is accused of torturing 10-year-old Tayyaba, and had subsequently suggested the major punishment i.e. the accused be removed from his duty.

Therefore, the accused person's lawyer had requested the high court that in order to keep the trial unbiased, a new bench — sans Kayani — should be formed.

The departmental enquiry against the accused, Raja Khurram, was initiated after the case of him and his wife torturing Tayyaba had surfaced.