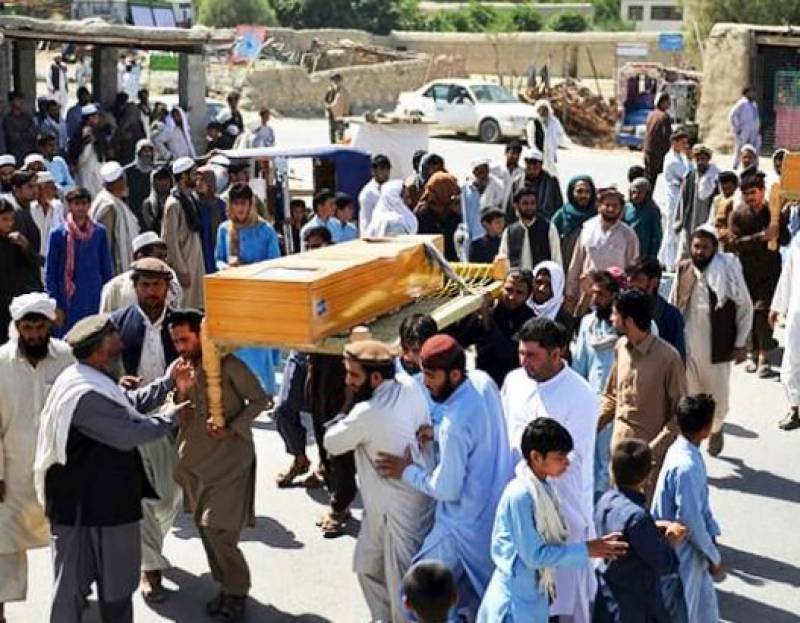 Kabul (Agencies): Afghan forces have mistakenly killed nine people, most of them civilians, during raid on a house in eastern Nangarhar province.

The raid, which took place late on Monday night in Chaparhar district, also wounded eight other civilians, said provincial governor Hayatullah Hayat. A local police commander was among the dead, he added.

According to the governor, gunfire had been coming from the house that was raided but the casualties were identified as mostly civilians once the operation ended. An investigation was underway to determine how the operation resulted in civilian casualties.

Inamullah Miakhail, a spokesman for the hospital in Nangarhar, also confirmed that nine bodies were brought to the hospital from the raid.

Meanwhile, in the central province of Kabul, two people ─ a policeman and a civilian ─ were killed after a bomb attached to a bicycle detonated on Monday in the Qarabagh district, said Mohammad Azem, the district governor.

Azem added that four others, three policemen and a civilian, were wounded in that attack. And in northern Samangan province, a provincial hospital director was killed when a sticky bomb attached to his car detonated on Tuesday in the provincial capital, Aybak, according to Sediq Azizi, the provincial spokesman.

Azizi said director Akramuddin Wakilzada was seen as a “possible candidate in the upcoming parliamentary elections” scheduled for October. The car's driver was wounded in the blast.

No one has claimed responsibility for the attacks in Kabul province and in Samangan.