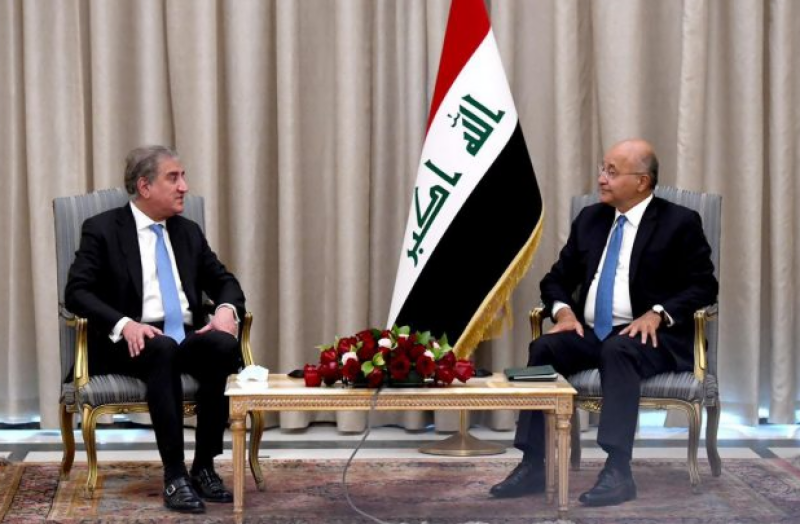 The foreign minister called on President of the Republic of Iraq Dr Barham Salih, here.

Acknowledging the unyielding efforts and sacrifices of Iraq, and its people, in the fight against terrorism, the foreign minister wished peace, progress and prosperity for the brotherly people of Iraq.

He also reaffirmed Pakistan’s support for the sovereignty and territorial integrity of Iraq.

He outlined Pakistan’s desire to offer itself as an economic hub through peace, development partnerships and connectivity.

The foreign minister and the president also discussed regional and global issues of mutual interest.

Foreign minister Qureshi briefed the president on the situation in South Asia, in particular Pakistan’s approach towards the issues and disputes with India, Pakistan’s consistent support for the Afghan Peace Process, and Pakistan’s steadfast diplomatic support for the just cause of Palestine.

He also highlighted Pakistan’s efforts to promote solidarity among the Muslim Ummah.

FM Qureshi offered Pakistan’s support and cooperation for Iraq’s efforts toward rebuilding and strengthening the country.

Earlier, addressing a joint news conference along with his Iraqi counterpart Fuad Hussein in Baghdad after talks that focused on the entire spectrum of bilateral relations, FM Qureshi said we want to establish a partnership based on mutual interests.

The two foreign ministers agreed to enhance mutual cooperation at the international forums including the United Nations (UN) and the Organization of the Islamic Cooperation (OIC). 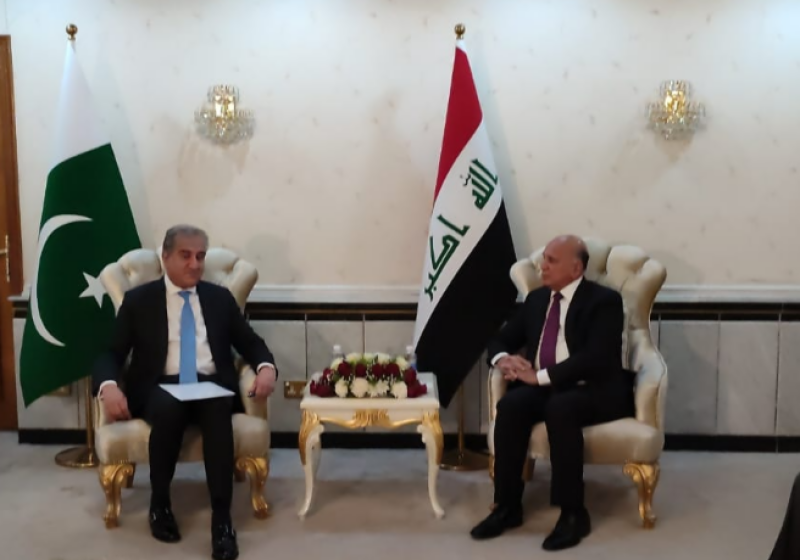 They also emphasized the need for collective efforts at the international level to curb the spread of Covid-19.

FM Qureshi is undertaking a three-day official visit to Iraq at the invitation of his Iraqi counterpart Fuad Hussein.