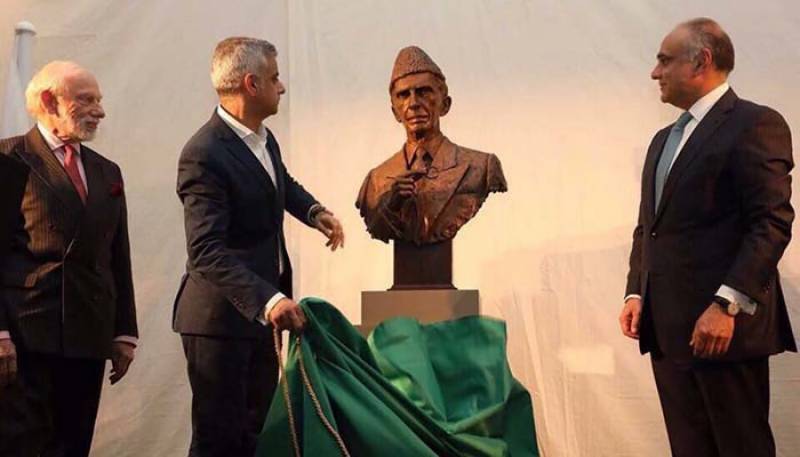 The sources reported that at the event, Mayor of London Sadiq Khan said, displaying Quaid-e-Azam statue is the best way to honour him for his services.

Sadiq Khan tweeted and informed that the statue will be moved to its permanent home in Lincoln’s Inn.

Proud to unveil this bronze bust to honour the great Muhammad Ali Jinnah, founder of Pakistan, in the historic @BritishMuseum before it moves to its permanent home in Lincoln’s Inn pic.twitter.com/27Ke7e6XQo

While speaking at the occasion High Commissioner of Pakistan Syed Ibne-Abbas said, all credit for Pakistan’s creation goes to Quaid-e-Azam.

Earlier, in London School of Economics held an exhibition to unveil all important belongings of Quaid-e-Azam.