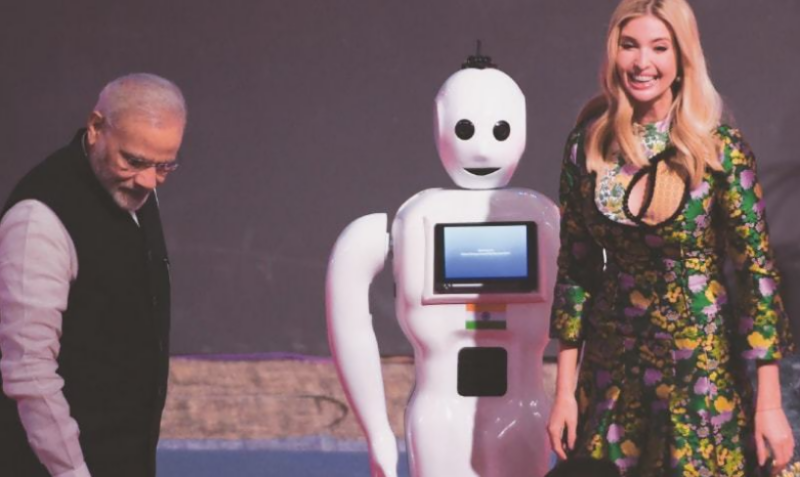 While addressing the Global Enterprise Summit, Ivanka Trump highlighted the growing security and economic cooperation between the two countries. Indian media reported that at the event President Trump’s close adviser said that it was important that India was hosting the international meet. “It is a symbol of the strengthened friendship between our two peoples, and the growing economic and security partnership between our two nations. As President Trump said earlier this year: India has a true friend in the White House.”

On a personal note, Ivanka praised Mr Modi’s humble origins. “From your childhood selling tea to your election as India’s prime minister, you’ve proven that transformational change is possible.”

Highlighting India’s battle against poverty, Ms Trump said the country had lifted more than 130 million citizens out of penury. “Through your own enterprise, entrepreneurship and hard work, the people of India have lifted more than 130 million citizens out of poverty, a remarkable improvement. It will continue to grow under the leadership of Prime Minister Modi. All of you are helping India’s middle-class reach its goal of nearly 500 million people by 2030,” Ms Trump said. The US president’s daughter also said the Indian economy could grow by over $150 billion in the next three years if it was able to close the labour force gender gap by half.