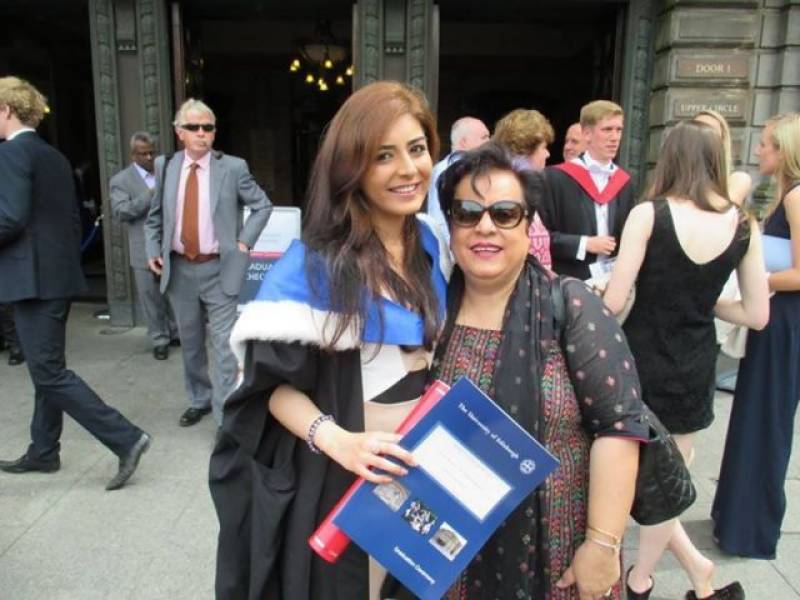 Imaan Hazir Mazari had posted a video on Twitter strongly criticising the army’s role in the Faizabad agreement. In her scathing commentary, Imaan unleashed a tirade of allegations against the armed forces saying that there was no difference between the terrorists and Pak Army alleging that the establishment was behind the protesters who besieged the capital city for over three weeks.

Shireen Mazari’s daughter also took aim at the Rangers for distributing cash among the freed members of religious groups calling upon the masses to seek answers from the paramilitary troops for their dubious activities.

Shireen Mazari took to Twitter and clarified that although she loved her daughter but condemned the abusive words of her.

I want to make it absolutely clear that I do not share the views my daughter Imaan expressed in the video she posted on twitter. I also strongly condemn the language she has used against the armed forces. I love my daughter but totally disagree with her views & the language used