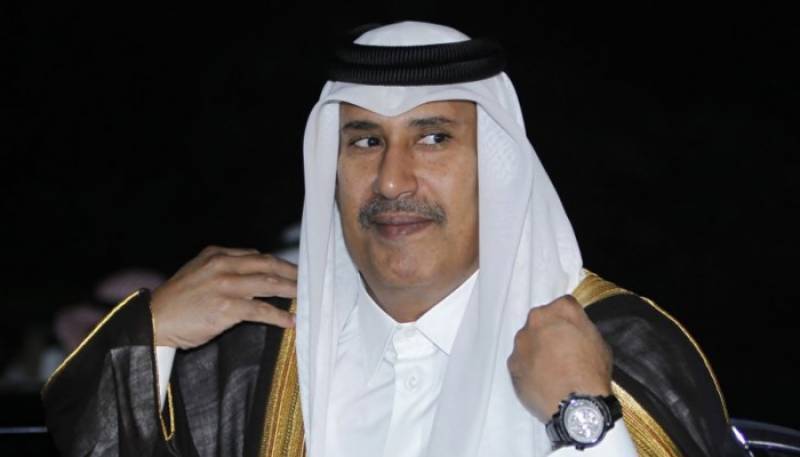 According to details, the prince and a 13-member delegation reached in a special plane.

The government officials received him at the Hajj terminal of Allama Iqbal Airport amid heavy security protocol.

Qatari prince is also expected to meet National Accountability Bureau (NAB) Chairman and many other officials.

The delegation’s arrival hints to development in the country’s political situation owing to Panamagate, Sources said.

Some of the members of delegation will head back to Doha tomorrow morning while others will stay for three to four day, will be residing at Nawaz’s residence and a hotel.

The Arab royal family member is said to be a close ally of Nawaz and attempted to aid the former premier's case during the Panama Papers proceedings in the Supreme Court earlier this year.

Hamad bin Jassim's letter, shown to the Supreme Court, claimed that the London properties of Sharif family were proceeds of their real estate businesses in which the prime minister’s father, Mian Muhammad Sharif, had invested 12 million dirhams in 1980.