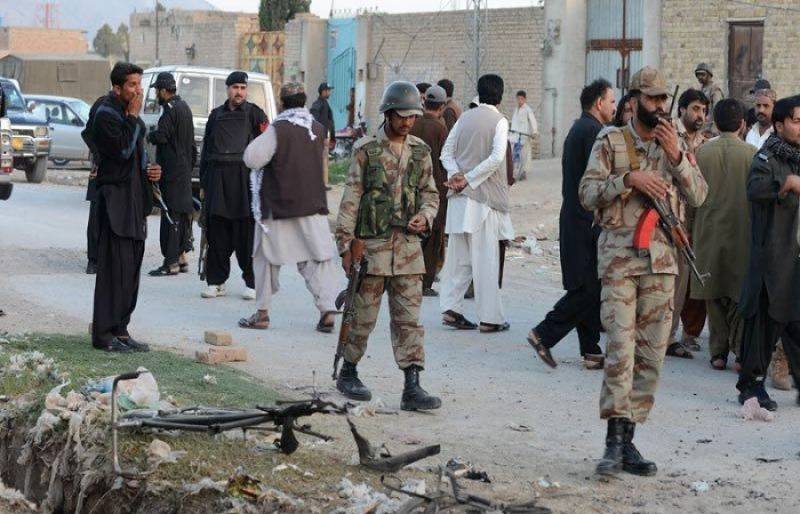 Quetta (Staff Report): Two Frontier Corps (FC) officials lost their lives while three others were injured in a landmine explosion in Balochistan's Sibbi district on Wednesday.

According to security officials, an FC team was on a routine sweep in Sangan area of Sibbi when a landmine went off close to its vehicle.

The three officials injured as a result of the explosion were shifted to Sibbi Hospital and are undergoing treatment.

Heavy contingents of police, FC and Levies forces reached the area and cordoned it off to conduct a security operation there.