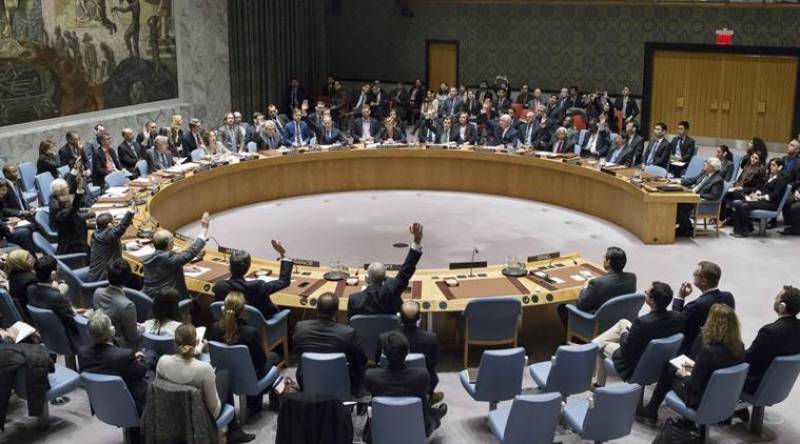 The United States, Japan and South Korea requested the meeting to address Pyongyang s launch of what appeared to be an intercontinental ballistic missile (ICBM) which Japan said probably fell within its exclusive economic zone.

Speaking in Washington, US Secretary of State Rex Tillerson called for "additional measures" to toughen up sanctions, including allowing countries to intercept vessels carrying goods to and from North Korea.

The council was already scheduled to discuss progress in implementing three recently-adopted rounds of sanctions aimed at choking off revenue to Pyongyang s military programs.

Since November last year, the council has slapped export bans on coal, iron, lead, textiles and seafood, restricted joint ventures and blacklisted a number of North Korean entities in response to the country s missile and nuclear tests.

"There is still room for new measures," Italian Ambassador Sebastiano Cardi, who holds the council presidency, told reporters. "We will see."

Under UN resolutions, North Korea is barred from developing missiles and a nuclear weapons capability but Pyongyang argues that the arsenal is needed for self-defense against the "hostile" United States.

The launch on Wednesday was the first ballistic missile test in more than two months, ending a lull that some diplomats said had opened a window of opportunity for diplomatic talks.

"It s certainly another worrying development," said Cardi. "Everybody was hoping that there would be restraint from the regime."

It was also, apparently, the North s third successful test of an ICBM which has the range to reach the mainland United States, although experts caution Pyongyang may not yet have mastered the full technical capability.

The Pentagon said its initial assessment showed that the ICBM flew about 1,000 kilometers (620 miles).

The United States has been the driving force behind the ratcheting up of international sanctions against North Korea, but it has faced tough negotiations with China.

During the latest round of UN sanctions negotiations in September, demands for an oil embargo, measures blacklisting North Korean leader Kim Jong-Un and authorization to inspect North Korean vessels were dropped in the face of Chinese resistance.

China, which like the United States is a veto-holding council member, has argued that tougher sanctions could worsen the humanitarian crisis and push the regime into a corner.