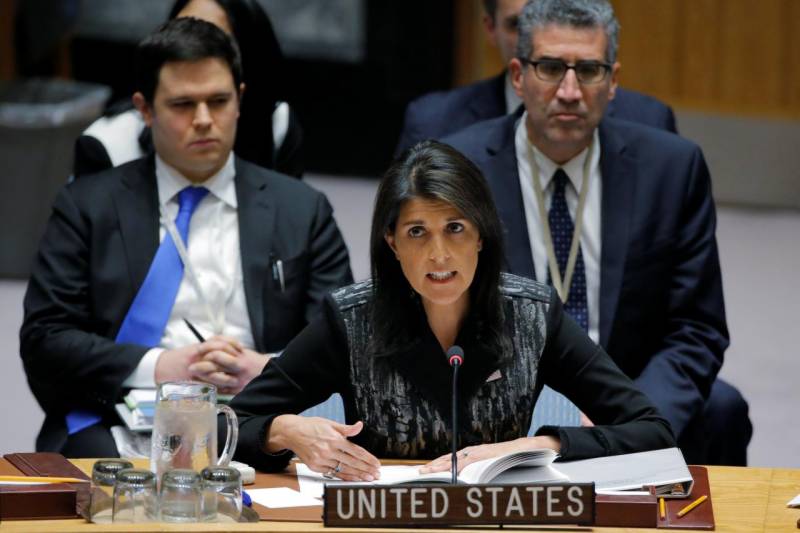 United Nations (Reuters): The United States threatened on Tuesday to take further action against the South Sudan government if it does not end violence and allow United Nations peacekeepers to do their job, but UN sanctions are unlikely as Russia has warned against such a move.

A month after US Ambassador to the United Nations Nikki Haley visited South Sudan and met with President Salva Kiir in the capital Juba, she told the UN Security Council: “Words are no longer sufficient.”

“The United States is prepared to pursue additional measures against the government – or any party, for that matter – if they do not act to end the violence and ease the suffering in South Sudan,” said Haley, who was the most senior member of President Donald Trump’s administration to visit South Sudan.

The Trump administration imposed sanctions in September on two senior South Sudanese officials and the former army chief for their role in the civil war and attacks against civilians.

However, any US push for the UN Security Council to take further action against South Sudan is likely to be resisted by veto power Russia. The council sanctioned several senior South Sudanese officials on both sides of the conflict in 2015, but a US bid to impose an arms embargo in December 2016 failed.

South Sudan spiraled into civil war in late 2013, two years after gaining independence from Sudan, and a third of the 12 million population has fled their homes. The conflict was sparked by a feud between Kiir, a Dinka, and his former deputy Riek Machar, a Nuer, who is being held in South Africa.

A fragile peace deal in South Sudan broke down last year and East African bloc IGAD has been trying to revive it.

“We view as unjust the ongoing attempts to place all blame for the persistent unabated violence on Juba alone, it has done its role, now the opposition must reciprocate,” Iliichev said.

UN sanctions monitors reported earlier this month that despite the catastrophic conditions across South Sudan, armed forces, groups and militias - particularly those affiliated with Kiir and Vice President Taban Deng Gai - continued to “actively impede both humanitarian and peacekeeping operations.”