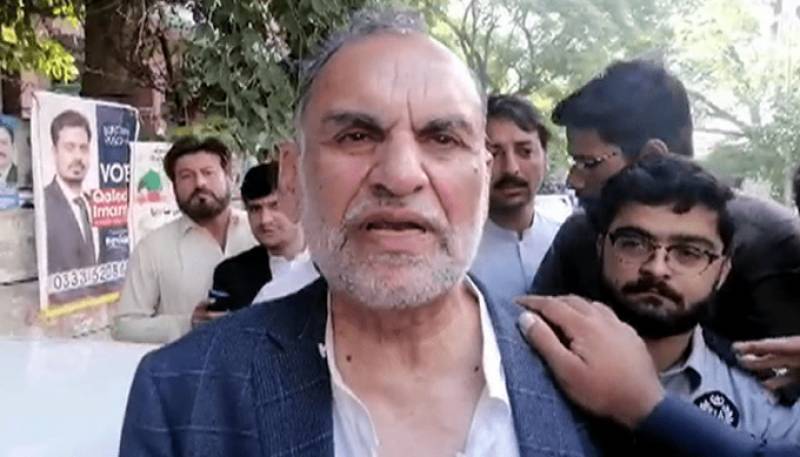 The court also accepted request by Swati's lawyer to exempt the senator from appearance.

Babar Awan maintained that the senator cannot be presented due to “threats” against his life.

To this, Special Prosecutor Rizwan Abbasi stated that the matter of Azam Swati's absence from court on the request of his lawyer should be written in the order.

The prosecutor said that they intended to bring Swati to court, but the court instructed the Federal Investigation Agency's (FIA) lawyer to mark his attendance through video link.

The court maintained that there was no need for Swati to be at the next hearing but that he should appear via video link.

Later, the court adjourned the hearing of the case till December 3.

It is pertinent to mention that Azam Swati was once again arrested for speaking against senior military officers on Sunday morning from his farmhouse in Islamabad's Chak Shahzad.

The PTI's leader was later presented before a court which had approved his physical remand for two days.

FIA's Cybercrime Wing had arrested Azam Swati for using foul language for the army chief and other senior military officers.