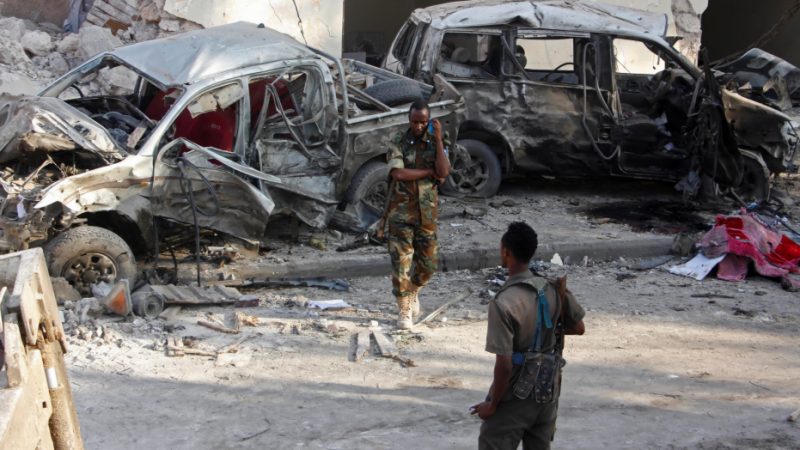 Mogadishu (Agencies): Somali security forces have ended a night-long siege by at a Mogadishu hotel by five extremists who stormed the building after a suicide car bomber detonated an explosives-laden vehicle at the entrance gate, killing 29 people.

The assault started on Saturday afternoon when a suicide truck bomb exploded outside the popular hotel in the capital.

The blast twisted vehicles and caused massive damage to nearby buildings which were left with only their walls standing.

The attackers invaded the hotel and gunfire continued as security forces fought them inside the building. Two more blasts were heard, one when an attacker detonated a suicide vest.

Minister of electricity and water Salim Aliyow Ibrow was rescued from the hotel as heavy gunfire continued in the shoot-out. Some extremists hurled grenades and cut off the building’s electricity as night fell.