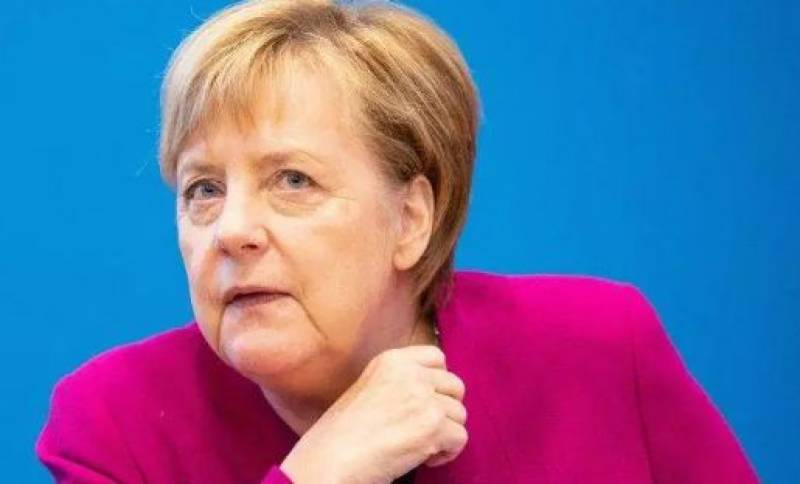 Berlin (Agencies): Chancellor Angela Merkel has confirmed that she will not be running for re-election as party leader of the center-right Christian Democratic Union (CDU).

Merkel said she still plans on remaining in her post as chancellor, but will step down in 2021 when her current term finishes. She once said that party leadership and chancellorship must go hand-in-hand.

Merkel said her 13 years as chancellor had been “a daily challenge and honour” but she recognised it was time to start a new chapter.

The statements were made following a meeting of the party leadership, which was called to discuss two electoral disasters in regional elections in as many weeks. She had earlier announced her decision to the party, when her “moving words” were greeted with a standing ovation, sources told German media.

It had been widely assumed that this would be Merkel’s final term as chancellor but she had not confirmed that herself. The 64-year-old has been CDU chairwoman since 2000 and chancellor since 2005.

Whoever becomes the next CDU leader will likely be put forward as the party’s candidate for chancellor in 2021. Merkel’s favoured successor is the CDU party secretary general, Annegret Kramp-Karrenbauer, who announced her candidacy on Monday.

German media reported that Friedrich Merz, a former parliamentary leader of the CDU/CSU alliance, was also joining the race to succeed Merkel. Other favourites are the health minister Jens Spahn and the state premier of North Rhine-Westphalia, Armin Laschet.

The German news agency DPA reported that Merkel intended to continue as chancellor for now. Traditionally, the person who holds position of party chair of the government’s largest party also takes position of chancellor, but this is not a binding rule. Previously Merkel has said the two jobs belong together.

Merkel’s predecessor, Gerhard Schröder, made the same move in February 2004, giving up the position of chairman but remaining chancellor until November 2005. At the time, Merkel, who was then leader of the opposition, spoke of a “loss of authority all along the line”, and “the beginning of the end” of Schröder.

Christian Lindner, the leader of the liberal FDP party, was the first to demand Merkel’s resignation as chancellor on the back of the news, calling for her ruling conservative bloc to “be prepared for a real new beginning in Germany”.