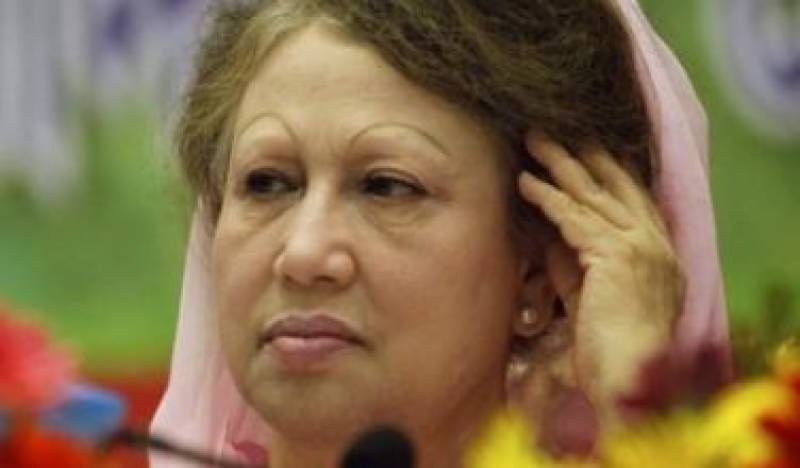 DHAKA (Agencies): A Bangladesh court on Monday sentenced former prime minister and opposition leader Khaleda Zia to another seven years in prison on corruption charges that her supporters say are politically motivated.

Zia, long a rival to Prime Minister Sheikh Hasina, is already behind bars after being handed a five-year term in February on separate embezzlement charges.

That verdict triggered clashes between police and thousands of supporters of the main opposition Bangladesh Nationalist Party (BNP), which Zia still leads from prison.

In her latest trial, Judge Mohammad Akhtaruzzman found the 73-year-old guilty of abuse of power and misusing 31.5 million taka (S$512,800) destined for a charitable fund.

This fresh conviction is expected to further impede her chances of challenging Ms Hasina, who has been accused of stifling her opponents, in a general election slated for December.

There was no immediate reaction from Zia’s BNP, but her lawyers have consistently described the trial as “political vengeance”.

Zia, once an ally to Ms Hasina, boycotted the 2014 general election which saw her opponent returned to power.

She entered politics in the mid-1980s after her husband, a former military dictator, was assassinated in an abortive coup. The former PM faces dozens of separate charges related to violence and corruption that her lawyers insist are baseless.

Zia says the charges are designed to keep her family out of politics.

In recent months, her health has deteriorated inside Dhaka Central prison where she is the sole prisoner in incarceration.  She was absent from the court on Monday as she was being treated in hospital for various ailments.

A special room inside the prison was converted into a makeshift court in an effort to fast track her trial. Her lawyers protested the move, described it as unconstitutional.

The family of former PM suffered another political blow this month when her eldest son and heir apparent to the opposition movement, Tarique Rahman, was jailed for life in absentia. He lives in exile in London.

Rahman was found guilty of playing key role in a 2004 grenade attack on the political rally of Ms Hasina, which killed at least 20 people and injured the then opposition leader.