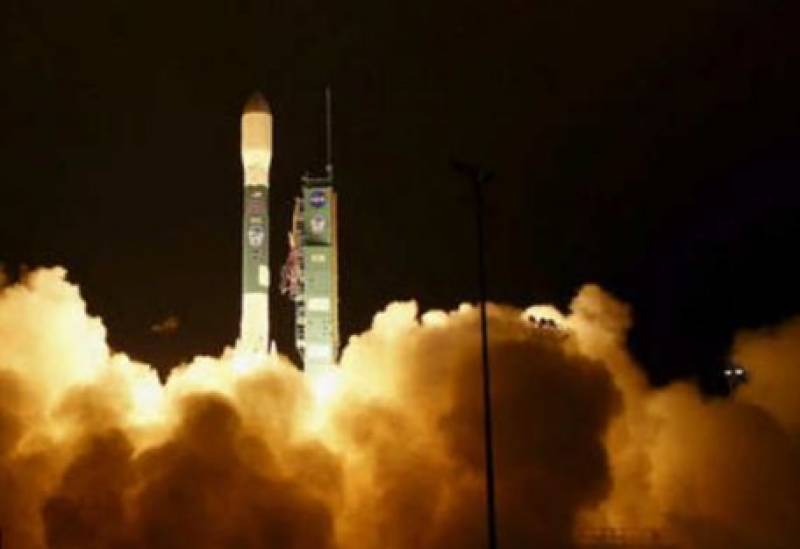 Beijing (Web Desk): China sent its first ever satellite built in partnership with another country into space on Monday.

A Long March-2C carrier rocket blasted off from the Jiuquan Satellite Launch Centre in northwest China's Gobi Desert at 0043 GMT, according to China's State Administration of Science, Technology and Industry for National Defence.

The 650-kilogram (1,430 pound) China-France Oceanography Satellite (CFOSAT) is the first satellite jointly built by China and France and will allow climate scientists to better understand interactions between oceans and the atmosphere.

It's fitted with two radars: the French-made SWIM spectrometer, which will measure the direction and the wavelength of waves, and China's SCAT, a scatterometer that will analyse the force and direction of winds.

The data will be collected and analysed in both countries.

The instruments will allow scientists to collect information about winds and waves of the same location simultaneously for the first time, Wang Lili, chief designer of the satellite with the China Academy of Space Technology, said, according to the official Xinhua news agency.

"It will help increase the observation and prediction of catastrophic sea states, such as huge waves and tropical storms, and provide security support for offshore operations and engineering, ship navigation, fisheries, and coastal management," said Zhao Jian, a senior official at the China National Space Administration.

The rocket successfully put the satellite into orbit 520 kilometres (323 miles) above the Earth.