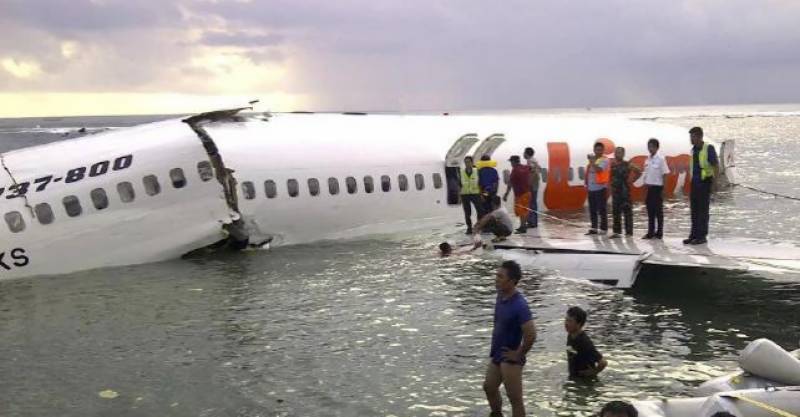 Jakarta (Agencies): An Indonesian Lion Air passenger plane crashed into a sea few minutes after taking off from the capital Jakarta on Monday, search and rescue officials confirmed.

An official from Indonesia’s transport ministry has said there were around 188 people on board, including crew. There is no official comment about the casualties so far.

An official from Indonesia's disaster agency tweeted that several pieces of wreckage were found in the waters off the coast of West Java.

The Ministry of Transportation said that the flight, JT610, took off from Jakarta's Soekarno-Hatta airport and lost contact with the air traffic controller at around 6:33 a.m. Monday (7:33 p.m. ET Sunday).

The plane asked to return to base before disappearing from radar, according to a press statement from the transport ministry.