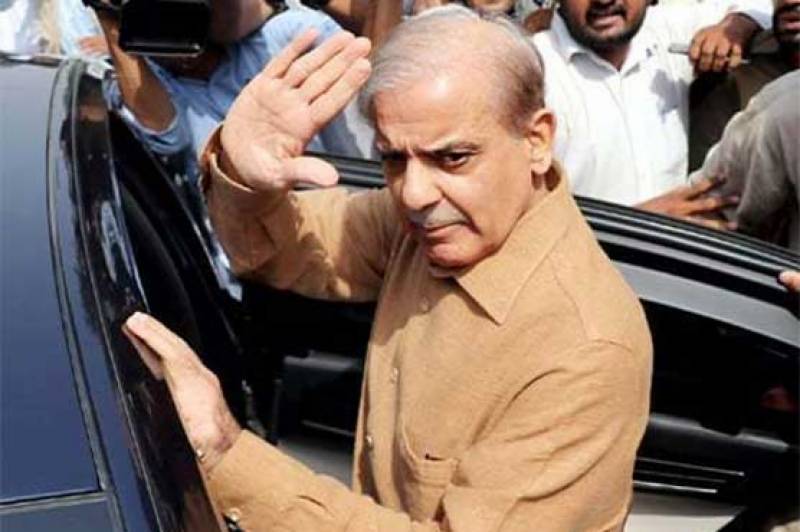 The NAB presented Pakistan Muslim League-Nawaz (PML-N) president in court and sought a 15-day extension in his remand.

As the hearing started, Shehbaz presented arguments in his defense himself.

"I have been implicated in false cases," Shehbaz said and added, "the NAB officials blackmail me." "I have blood cancer and they won't even allow me to get my check-up done," he told the court.

"I came back from the deathbed. God is great and he gave me health," said the PML-N president.

"Last week, I requested NAB to get my blood test conducted and I have to remind them again and again to do so. I was told that they have told the higher-ups and when they receive an order they will tell me," he maintained. "I am required to regularly get my check-ups." The leader of the opposition in NA regretted, "I am not even allowed to meet my family.

After hearing the arguments, the court granted 10 days more remand.

On October 6, an accountability court in Lahore had granted the anti-graft body a 10-day physical remand of Shehbaz. The PML-N president’s remand was then extended on October 16 by 14 days.

Shehbaz’s physical remand ends on Tuesday, however, he was presented in the accountability court today as October 30 is a holiday.