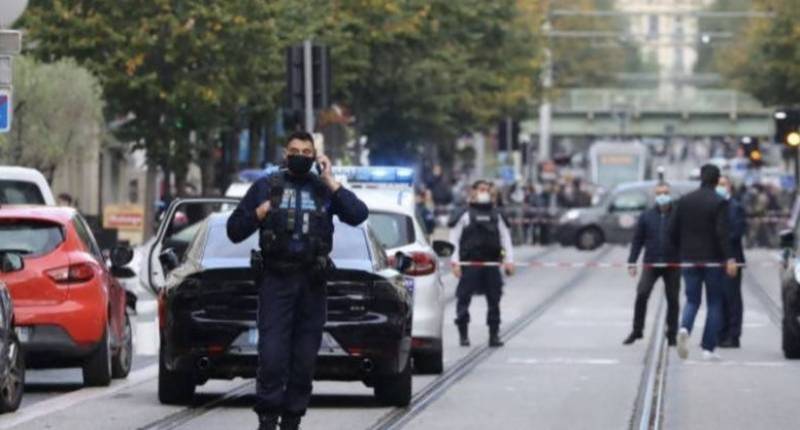 Paris (Web Desk): A woman was beheaded by an attacker with a knife who also killed two other people at a church in the French city of Nice on Thursday, police said.

Mayor Christian Estrosi later said that the attacker had yelled “Allahu Akbar” (God is greatest) repeatedly, even after he was detained by police.

Police said three people were confirmed to have died in the attack and several were injured. The French anti-terrorist prosecutor’s department said it had been asked to investigate.

Following the attack in Nice, France's Prime Minister Jean Castex said that the security alert for French territory had been raised to the highest level.

It was not immediately clear what the motive was for the Nice attack, or if there was any connection to the blasphemous sketches.

The attack comes while France is still reeling from the beheading earlier this month of French middle school teacher Paty in Paris by a man of Chechen origin.

The attacker had said he wanted to punish Paty for showing pupils sketches of the Prophet Muhammad (peace be upon him) in a civics lesson.