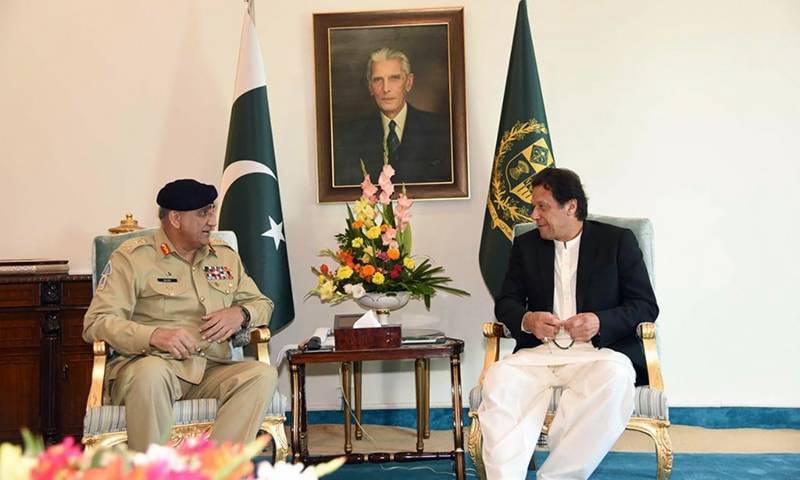 According to Prime Minister's Office, PM Imran while referring to recent efforts to stoke violence in Pakistan, expressed the resolve that resolve that entire nation is united against the cowardly acts of the enemy.

The premier also paid tributes to personnel of Pakistan Army, FC and Law enforcement Agencies, who sacrificed their lives for the defence of the motherland.

The meeting comes days after a bomb blast in a seminary in Peshawar which killed eight and wounded more than 120 others.

On Wednesday, the army chief visited Lady Reading Hospital Peshawar and inquired about the health of the students who were injured in the explosion.

While speaking at this occasion, the COAS said had said whether it was the APS attack of 2014 or the latest seminary bombing, the enemy is the same.

The COAS asserted that the armed forces will not rest till militancy is eliminated across Pakistan.