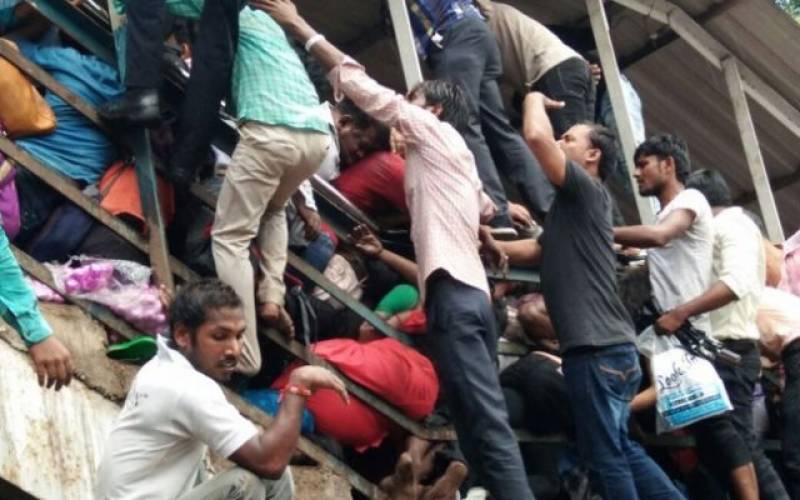 City police officer Rajaram Patel says another 20 people were injured when panicked pedestrians pushed forward to the end of an overcrowded bridge, with some people falling underfoot and being trampled.

The tragedy took place amid rain in the city around 10.40 am (IST) when the overbridge was heavily crowded, a police official said.

Police suspect a short-circuit with a loud sound near the FOB led to panic and people started running, resulting in the stampede, reported PTI.

Fifteen people were brought dead to the KEM Hospital in Parel, the official said.

Those injured were taken to various hospitals, he said.

Officials of the railway, police and fire brigade rushed to the site to carry out rescue operations.

TV footage showed commuters trying to revive the injured by pumping their chests and also carrying some down stairs to street level.

Local trains are the lifeline for the 20 million people of Mumbai and accidents are common on the busy network.