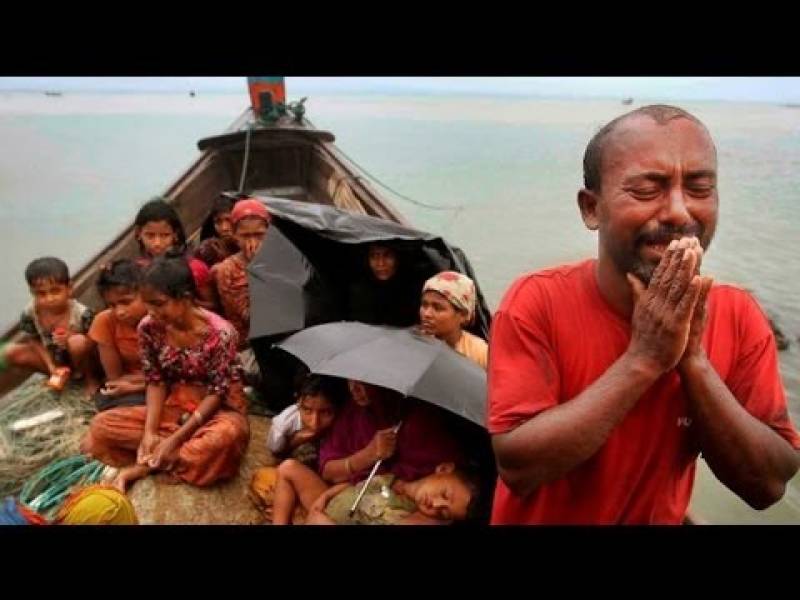 United Nations (Reuters): More than 50 Rohingya refugees from Myanmar were missing after their boat capsized, with 20 confirmed dead, Bangladesh police said on Friday, as a new surge in the numbers fleeing a Myanmar military campaign took the total to more than half a million.

The refugees drowned in heavy seas off Bangladesh late on Thursday while, in New York, US Ambassador to the United Nations Nikki Haley called on countries to suspend providing weapons to Myanmar over violence against Rohingya Muslims.

It was the first time the United States had called for punishment of Myanmar’s military, but she stopped short of threatening to reimpose US sanctions which were suspended under the Obama administration.

Buddhist-majority Myanmar rejects accusations of ethnic cleansing and crimes against humanity and has denounced rights abuses.

Its military launched a sweeping offensive in response to coordinated attacks on the security forces by Rohingya insurgents in the north of Rakhine State on Aug. 25.

Refugees arriving in Myanmar have told of attacks and arson by the military and Buddhist vigilantes aimed at driving Rohingya out.

“It stopped for a while but they have started coming again,” Colonel Anisul Haque, head of the Bangladeshi border guards in the town of Teknaf, told Reuters, adding that about 1,000 people had landed at the main arrival point on the coast on Thursday.

The refugee boat that capsized went over in driving wind and rain and high seas. Police said 20 bodies had been recovered, 12 of them children, while 27 people survived and more than 50 were missing.

Survivor, Abdul Kalam, 55, said at least 100 people had been on board. His wife, two daughters and a grandson were among the dead, he said.

Kalam said armed Buddhists had come to his village about a week ago and taken away livestock and food. He said villagers had been summoned to a military office and told there were no such people as Rohingya in Myanmar.

After that he decided to leave and headed to the coast with his family, avoiding military camps on the way.