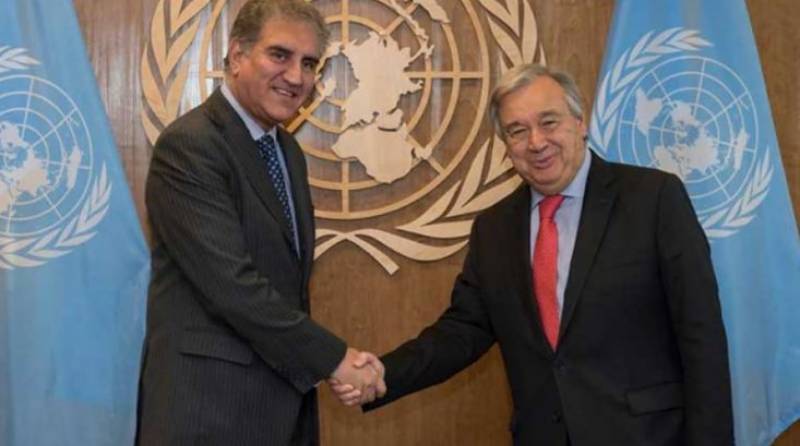 New York (Agencies): Foreign Minister Shah Mahmood Qureshi called on UN Secretary-General Antonio Guterres on the sidelines of the 73rd session of the UNGA on Friday and discussed with him the regional as well as global situation.

According to an official statement, FM Qureshi urged the UN Secretary General António Guterres to play his role in resolving the lingering Kashmir issue according to the wishes of Kashmiris under the UN resolutions.

He expressed grave concern over the sufferings of the Kashmiri people at the hands of Indian forces in Occupied Kashmir.

The FM also discussed with the World Body Chief the first-ever report on Kashmir by the UN High Commissioner for Human Rights and called for an international probe into the violations of human rights in the held territory.

Qureshi reaffirmed Pakistan's desire to engage India into meaningful dialogue for lasting peace in the region.

Meanwhile, Antonio Guterres calling Pakistan a privileged partner of the United Nations, appreciated its lead role as top troop contributor in peacekeeping missions across the world.