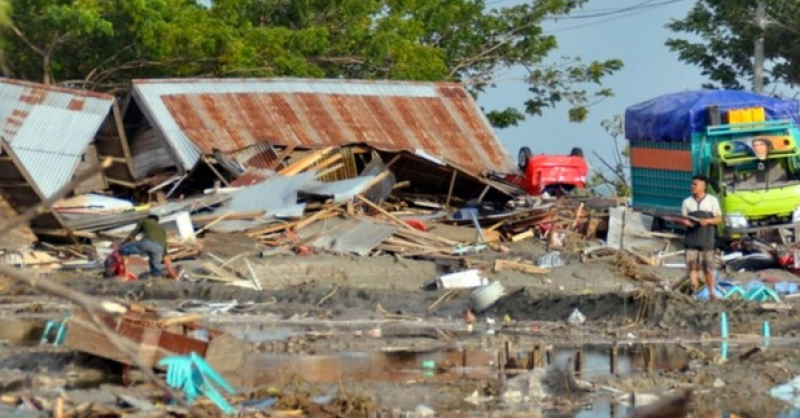 According to the Associated Press, 384 people have died after a magnitude 7.5 earthquake and its resulting tsunami.

Most of the dead are believed to be from the city of Palu, on the island of Sulawesi.

There are also fears for thousands of people who were believed to be at a beach festival at the time the tsunami struck land.

Mr Nugroho said communications with the area in central Sulawesi are down, while the search and rescue effort was initially hampered by darkness.

While the earthquake had prompted a tsunami alert, the alert was lifted within an hour.

Earlier, a milder quake destroyed some houses, killing one person and injuring at least 10 in Donggala, authorities said.

Based on initial reports, "many buildings" collapsed due to the 7.5 magnitude quake, he said.

A series of earthquakes in July and August killed nearly 500 people on the holiday island of Lombok, hundreds of kilometres southwest of Sulawesi.

Indonesia sits on the Pacific Ring of Fire and is regularly hit by earthquakes.

In 2004, an earthquake off the northern Indonesian island of Sumatra triggered a tsunami across the Indian Ocean, killing 226,000 people in 13 countries, including more than 120,000 in Indonesia.