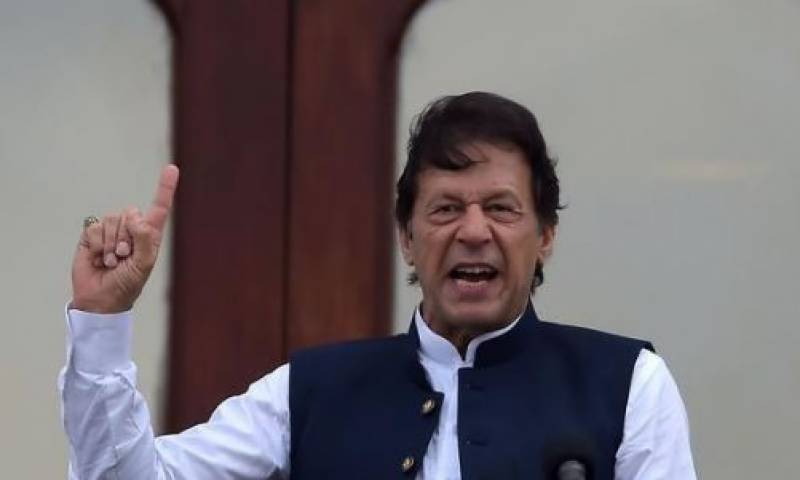 Islamabad (Staff Report/Agencies):  Prime Minister Imran Khan on Sunday arrived home after completing a 10-day trip to Saudi Arabia and the United States, where he attended the 74th session of the United Nations General Assembly in New York.

PM Khan was welcomed by hundreds of PTI supporters and leaders who had gathered at the capital’s airport hours before his arrival.

Addressing the party workers, the premier said he wants to thank the nation for prayers that enabled him to fight Kashmir’s case. He pledged that he will continue to expose fascist agenda of Narendra Modi’s government at every international forum.

Earlier the day, PM Khan on Sunday left for Pakistan from Riyadh via a commercial flight.

PM’s special plane had to turn back to New York with a technical fault.

On Friday night, PM Khan and his delegation returned to New York after the plane developed a technical fault.

According to reports, PM Imran, who led the Pakistan delegation to the 74th session of the United Nations General Assembly (UNGA), waited at the airport for some time while technicians tried to fix the fault, but more work was needed and they decided to complete it by Saturday morning.